Czech Republic – "It is important to open the topic of abuse, not to look at it as a taboo" 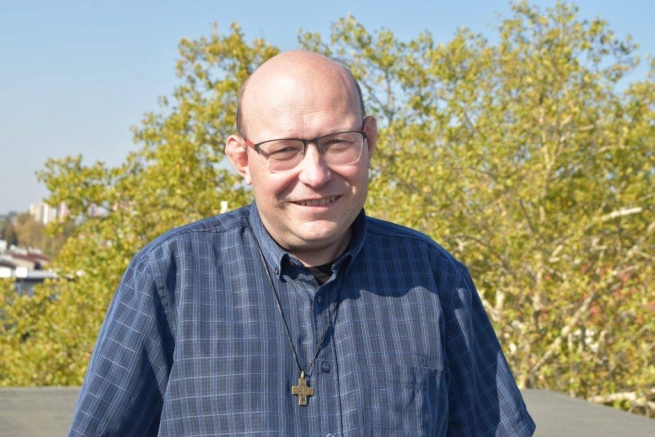 (ANS - Brno) - Fr Vojta Sivek, Vicar and Delegate for Youth Ministry of the Czech Republic Province (CEP), continues to reflect on the delicate issue of sexual abuse in ecclesiastical realities. In this second and last part of the interview, the focus is on how he thinks the Church should approach this terrible evil when it appears in her ranks.

Is the Church’s environment in any way more prone to sexual abuse than other environments?

Sexual abuse thrives where people have power for which they do not have to account to anyone; in an environment where there is little room for naming failures and mistakes; where it is difficult to work with others and work as a team. Wherever the Church has these features, it is also more prone to sexual abuse. It is necessary to realize that the Church is not a homogeneous whole; there are different environments, different cultures and subcultures. In some places it is worse, in others, better. I think it is important to look for ways to continue to develop the environment and culture of relationships and communication within the Church.

How can the Church lead by example and show the way to prevent, deal with and remedy abuse?

As I said, the measures needed in the Church are no different from those needed in other settings. As elsewhere in society, transparency, teamwork, and the openness to be seen at work and to be accompanied in growth, whether it is by a supervisor, a spiritual guide, or a superior, helps the Church. It is important to open the topic of abuse, not to look at it as a taboo, not to be afraid to confront it directly.

I know that this is very difficult because there is a lot of pain and shame in it. On the other hand, I believe that the Church has much to bring to this subject, namely the forgiveness, reconciliation, and healing that Christ has brought. This is a huge gift that the Church can offer and for which, in fact, it was founded by Jesus.

However, if one wants to experience God's mercy and offer it to people around him, he must admit without reservation or excuse that he has made mistakes, that he is a sinner. Only then can he experience how good God is. To admit one’s fragility and sinfulness without excuses is called humility. I think we need more humility to be an example in the Church, as you say.

How can the Church become humbler?

We need to name sin and not be afraid to admit that sins such as sexual abuse also occur in the Church. Jesus himself encourages us not to be afraid of this when he says that he did not come to call the righteous, but sinners. Humility also brings understanding of the situation and suffering of the victims. We humbly want to apologize so that it will help the victims and us, and a space has been created for reconciliation, for God's merciful action.

I know that this applies to myself, too. The more power I have, the more humility I need, because as power grows, so does my temptation to avoid a true view of my sinfulness and to hide behind the nobility of office. Sometimes we defeat humility in the Church by flattering the authorities; sometimes we do it quite well. Pope Francis calls it clericalism.