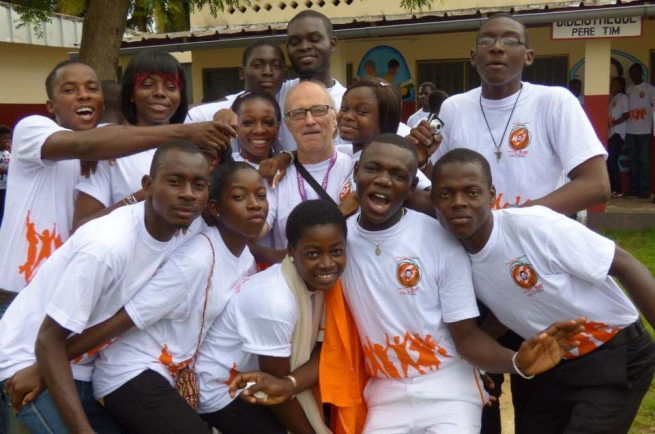 (ANS - Sarriguren) - Fr Carlos Berro Indurain is a Spanish Salesian missionary in Africa. He has held the role of Provincial Economer in Senegal, in the Salesian presence in Thies, and from August he will go to Gambia. Fr Berro has been in Africa since 1997 and, with the exception of one year spent in Rome, the rest of the years he has spent in Benin, Togo, Ivory Coast, Mali, Senegal; soon he will also get to know Gambia. In recent weeks, he has momentarily returned to his homeland, Navarre, where he gave an interview, published on salesianos.info. A summary is given below.

Is the area where you work very dangerous? You are one of the survivors of the attacks in Burkina Faso in which Salesians César Fernández and Fernando Hernández were killed.

Yes, it's really complicated. One is dealing with terrorists, radical groups that have formed mainly from Saudi Arabia, from Kuwait, from areas further east, from Libya: they are people who want to conquer everything. Controlling them is difficult and solving the problem is just as complicated. They strike and then retreat. Despite everything, the work of the Salesians has not changed: we educate young people, we take care of our schools and parishes and we take care of Christians.

Has Covid-19 had a different impact in Africa compared to Europe?

Across West Africa, Covid-19 hasn't had the same impact as in Europe. For example, Senegal, which has 16 million inhabitants, has had 44,000 infected and 1,000 dead since the beginning of the pandemic. Containment measures were immediately taken: closures, curfews, closure of churches, schools, mosques. Everything was closed for a period of time. We did not celebrate Easter or Christmas, as our Bishops were very cautious. Then slowly the measures were relaxed and we reopened the schools, always taking all the necessary precautions for students and teachers.

What can you say about the presence in Thies?

Thies is the third largest city in Senegal. It's located 65 kilometers from Dakar. The Salesian work there has only one parish, which does not reach 500 people. Let us remember that we are in an eminently Muslim country and in the most Muslim quarter of the city. There is also a secondary school and a vocational training school, which welcome a total of 400 students. We are now about to build a new secondary school. With the help of the Rector Major and the Salesian Missions we found the money to buy the land and enclose it. The rest of the money will come. In this way we will improve the offer of both the center and the vocational school.

The complete interview, in Spanish, is available at the following link.