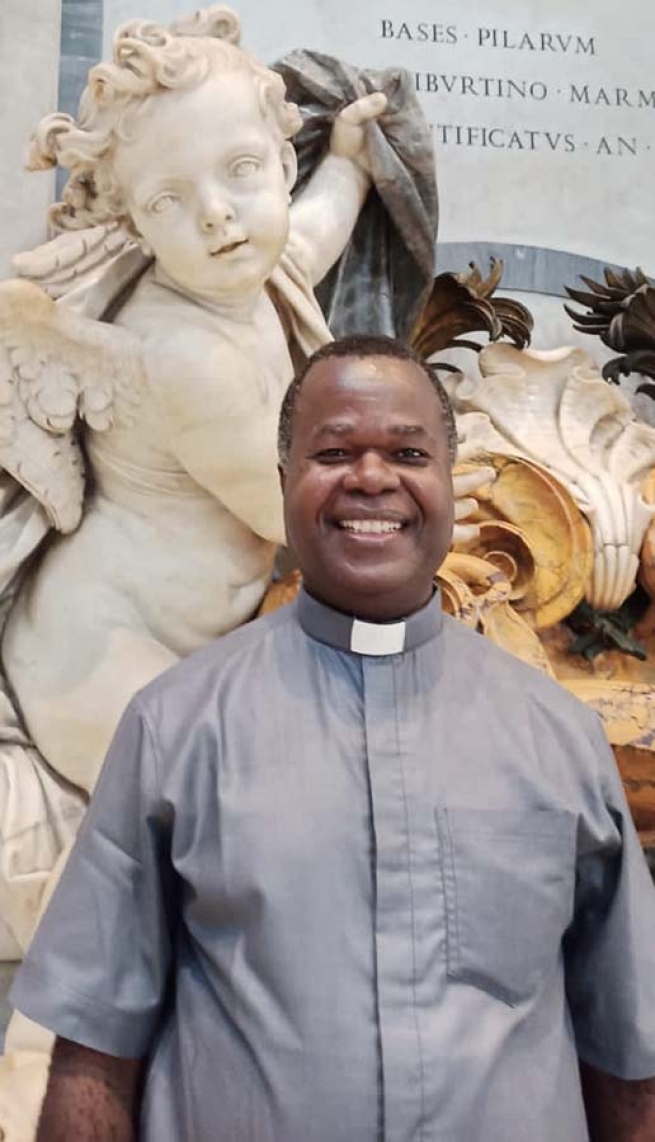 (ANS - Rome) - Among the participants in the 152 Salesian Missionary Expedition is one of the oldest, with his 47 years; but the zeal that animates him is that of the youngest. We are talking about Fr Barnabé Gbodonoumèto Noudéviwa, originally from Benin, destined for Argentina. Speaking of how his missionary vocation was born, he says: "Our Congregation is missionary by charism and the first Salesians I knew were Spanish missionaries who bore witness to their love for God, Don Bosco and young people. Moreover, salesianly I grew up in the Vice Province of Francophone West Africa (AFO), which includes seven countries, so I have always been available to 'depart', to leave my country and my culture, to work in any country of the Vice Province."

Did you choose the destination or was it assigned to you? Are you happy with it?

The Salesian does not choose his mission; he receives it as God's will. When I learned that Don Bosco's Successor would send me to Patagonia, where Don Bosco sent the first Salesian missionaries, I was surprised and happy.

How did the people close to you take your missionary choice?

Parents and friends soon realized that I was part of a religious congregation open to the world. During the initial formation, I was in Togo, Senegal, Cameroon, and in several cities of my country. As a priest, I have also been in Gabon and in the Central African Republic, part of the Vice Province of Tropical Equatorial Africa (ATE). In short, my missionary vocation was no surprise to anyone.

Do you have any doubts or fears about the new culture, the new reality…?

Leaving one's ordinary environment always leads to apprehension. Learning the language is certainly a challenge, but I will do everything to overcome it. As for the other difficulties inherent in cultural change, I know that I will be welcomed by Salesian confreres, and when one is with brothers, one is supported, one is not alone.

What projects or dreams do you have for your mission?

Those of every missionary: proclaim Christ, with a predilection for young people, since I am Salesian.

Do you have missionary role models that you want to imitate?

My fundamental model is Christ, who had no hesitation, He who was equal to God, to humble himself in order to make himself a servant of men.

Missionary life is above all evangelization and pastoral zeal for souls. Do you feel ready in this field?

It is the passion for Jesus and for his message of love for the whole world that pushes me to go further, in the footsteps of St. John Bosco. I am confident that divine grace will not fail me and for my part, I am willing to spend all my strength for it.

Do you want to send a message to your confreres or to the young people?

I would like to say to my confreres that our common vocation is essentially missionary. And I am convinced that every son of St John Bosco who lives the Salesian Constitutions has generosity, zeal and missionary ardor. And he can also make himself available to go further.

To young people I simply say: remain open to God's calls in your life; the world today offers us many things, but true happiness is found in God.