Italy – Laity in mission: the story of the De Nardi couple 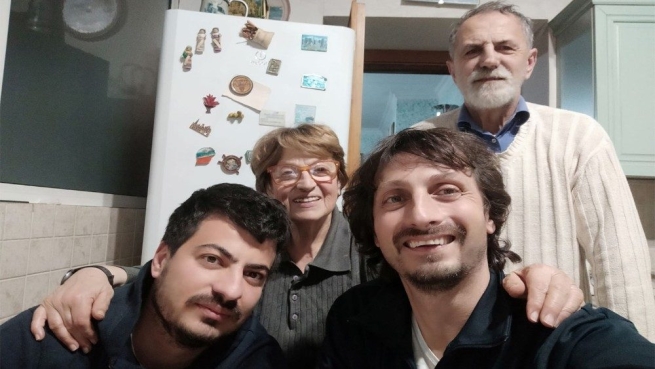 (ANS - Rome) - Fr Giampiero De Nardi is a Salesian missionary who has been active in Guatemala for over a decade. There, together with his confreres, he works to make Christ known and in social development projects. He learned his missionary vocation in his family. His parents, Lillina and Carlo, lived in the Amazon for 2 years in the 1970s and then returned home to continue living as missionaries in their homeland. “The important thing,” they confide, “is to always keep the door open to welcoming others.”

Lillina Attanasio and Carlo De Nardi are now 71 years old. They were in their early twenties when, in 1974, they attended a Salesian course that prepared lay people for the missions. They found themselves in the eastern part of Ecuador to live with the indigenous Shuar people. Carlo was asked to foster the establishment of a vocational training school, while Lillina was asked to teach English.

“Leaving for missions means looking around and seeing creatively where our presence is most useful,” explains Lillina. “We, in our own small way, have tried to stay with these populations with the awareness of protecting their traditional culture and of finding ways, wherever possible, to bring Jesus. In a style of inculturation.” And she tells how they were invited in turn at night, as is the custom among these people, by a head of the family to tell their dreams while waiting for the dawn. “We would take advantage of that moment to introduce the discourse of Christianity, a kind of catechesis. They would get curious.”

“One thinks the missionary goes to bring something; in fact, we received much more than we gave,” Lillina points out. “First of all, the sense of sharing. Then the sense of brotherhood: the problem of one was the problem of all. Above all, we experienced hospitality. In each hut, there was always a bamboo bed available, so that anyone surprised by the rain had a place to shelter.”

“How many times, instead, we Christians,” continues Lillina, “pull back! We are afraid, we do not know how to discover the face of Christ in the faces of these people.”

“Of course, we were very young, even inexperienced in many respects, but we had the enthusiasm of the Council calling us to go,” says Carlo. “We tried to respond with our means.”

Once they returned to their countries of origin, the sharing style had to somehow continue. So the two started a shelter for immigrants and drug addicts which over the years has given help to hundreds of needy people.

As a married couple, Lillina and Carlo had two children, who have always breathed an atmosphere of domestic church. One of the two is Giampiero, a Salesian priest and missionary in Guatemala. “He would look at pictures of what we had experienced, hear our stories,” Lillina concludes. “One night they brought us from the Juvenile Court a child about my son's age, he was without shoes, he had to reintegrate somehow. He, Giampiero, gave him his own, without hesitation, on his own initiative, without being seen. Small gestures that already spoke of a generous heart.”