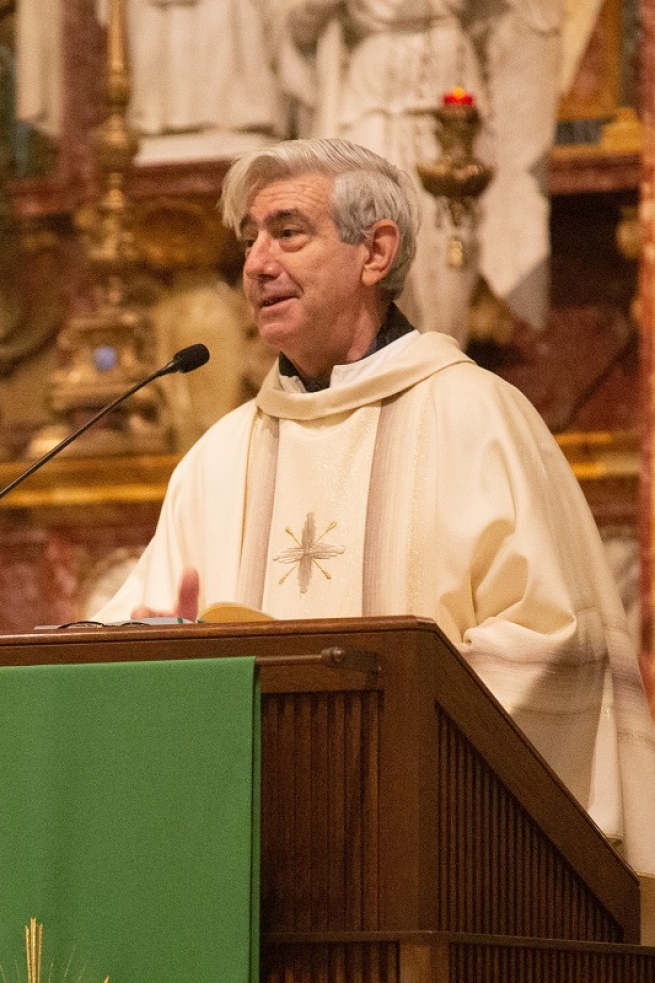 (ANS - Turin) - The Days of Spirituality have the effect of strengthening the charism shared by the 32 Groups that make up the Salesian Family. This is explained by Fr Joan Lluís Playà, delegated by Fr Ángel Fernández Artime, the Rector Major of the Salesians, to take care of this robust tree that has grown in the Church starting from Don Bosco's experience. He accepted an interview on Saturday afternoon in the only free hour left by the intense program of the four days.

It is a care that leads to the blossoming of January when Family members meet on the Strenna’s theme, but the work is distributed throughout the year taking into account the nature of this organism. It begins in mid-summer, when the Rector Major communicates the choice of the theme, which comes from a broad consultation of Salesian Family members, and finally from his own personal pastoral intuition.

“In this 2022 it was a bit obvious to put St. Francis de Sales at the center, due to the anniversary of his death. But the question remained: what meaning should we give to this commemoration?” The theme must be brought into focus quickly since there are places in the world where programming for the Salesians starts from September, while in most of the others it starts from January. The motto that gives the Strenna its title thus becomes the treble clef that sets off the concert of initiatives.

Important is the task entrusted to the Secretariat of the Salesian Family, 8 persons appointed according to a custom that has stabilized over time: the Councilor indicated by the Daughters of Mary Help of Christians, the Delegates of the Past Pupils, of the Past Pupils, the Salesian Cooperators, the Volunteers, the spiritual animator of the ADMA, the Postulator of the Causes of the Saints, and the exponent of another Group indicated by the Council of the Salesian Family (at this moment, the "Witnesses of the Risen Lord"); a technical secretary is also present.

The meeting of all those in charge of the Groups - with the aspiration that it takes place as much as possible in presence - is held during the days around the Feast of Mary Help of Christians. It is there that the themes that deserve to be studied emerge in order to give substance to living Salesianity according to the characteristics of each one.

Fr Playa specifies that the task of the Consulta is not to define operational projects, but "to nourish spiritual communion, to keep together the focus on young people and on the apostolate destined for them. It is not up to us to 'govern' the groups, to carry out a 'legislative' function with respect to their statutes": each reality is autonomous. As defined according to ecclesial canons, it is precisely a 'family' in that its members share the same charism. “And it is beautiful,” emphasizes the interviewee, “to see how the Consulta animates and nourishes the Groups, but also how they nourish each other!”

The Days of Spirituality have come of age. He is enthusiastic about the online presence: “We were surprised last year when, for the first time, we entrusted the running of the Days to the web. We have seen the numbers grow: we expected about a thousand people, which then rose to several thousand. This year we are close to 10,000 connections.”

Fr Playà exchanged jokes with those present in Valdocco and also held a thermometer of sorts to measure the moods in the courtyards, but in a familial fashion. “These days I see that many are tired from the intensity of the program, but I also see them happy. We all perceive that this effort will help us to bear fruit in the different levels of belonging.”