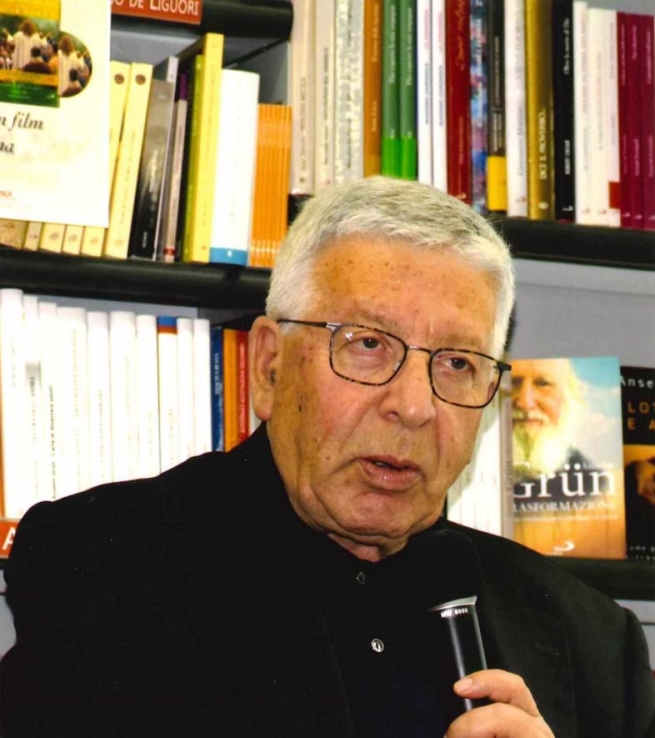 (ANS - Rome) - In view of the feast day of St. John Bosco, next January 31, Fr Giuseppe Costa, co-spokesman for the Salesian Congregation, speaks to us about the enduring relevance of the figure and method of the Saint of Youth.

Father Costa, tell us about the revelatory dream that little John Bosco had when he was nine years old.

The dream of the nine-year-old boy, one of Don Bosco's many dreams, is the most revealing, the most indicative of his future mission. Don Bosco dreamed a lot in his life; he often told his dreams and loved to play with them. The dream we are referring to now reveals to little John the method to choose in approaching young people, the children who are transformed from wolves into lambs.

Was Don Bosco the saint of children for his mission to help them, knowing how to combine faith, play, study, and prayer?

Certainly, but this does not limit Don Bosco's action, who, through the regeneration of children and young people, wanted to regenerate the whole of society, the entire Church. So to say "Don Bosco, the father of lads, kids" is essentially a mistake. Don Bosco opted for the world of youth to be able to transform the whole of society of adults.

What is the Christian value, the relevance of Don Bosco's commitment, who gave life to a new way of taking care of young people in a period of great social upheaval?

The relevance is re-launched by the current situation that the world of youth is experiencing. The situation of our adolescents in the West and in Italy following the pandemic is serious: loneliness, suicides, inability to communicate, marginalization, fear, and educational poverty are the subject of reports collected from the world of young people. Therefore, an educational method such as Don Bosco's, which offers them recreation, playing, the group, the encounter, the fatherhood to which they can cling and be supported, is extremely topical. Yesterday the children were abandoned by society, today they have locked themselves up in their world. Don Bosco's educational method puts them back into play in society and in the Church.

Would you like to remind us of Don Bosco's charism?

Don Bosco's charism was very great. His was a revolutionary mission. When Don Bosco began his commitment to the young, the younger generations were ignored and marginalized. Indeed, young people were judged by society mostly as a source of delinquency. Don Bosco had a great intuition; let's remember that the pedagogue was an intuitive and very intelligent man with a vast memory, who had his mission revealed not only through dreams, as we said before, but also through supernatural phenomena.

In your opinion, are his thoughts and practical and spiritual legacy really known today?

They are known only up to a certain point, because only Don Bosco’s outward appearance is remembered, that "cheerful and joyful priest" who plays alongside children in the oratory. St. John Bosco, instead, was a great ascetic, with an intense spiritual life linked to the Eucharist, love of neighbor, essential choices. Paul VI already said that in order to find a saint like Don Bosco one must think of Saint Benedict of Norcia, of the founding fathers of the Church and of religious life.

How does Don Bosco still manage to speak to young people?

He still manages to speak to young people by offering his paternity, his friendship, his affection to young people who no longer find him in their families or in society. Thus guaranteeing formation and Christian commitment to young people, who yesterday as today present the most urgent educational challenges. Therefore, for a young person to enter a Salesian environment, to be "captured" by Don Bosco's educational system, means buying a house.

The Salesian of the 21st century is "a man of hope," Bergoglio said. What do you think about that?

This is exactly the case because a Salesian of the Third Millennium bets, as did Don Bosco, on the one hand on the certainty of Heaven, of the Hereafter, of a merciful God the Father; on the other hand, he works so that this certainty transforms everyday life and also the future of each young person.