Italy - Rector Major in Palermo: "Our young people must be listened to. And dialogue is the main way to deal with the increasingly widespread malaise" 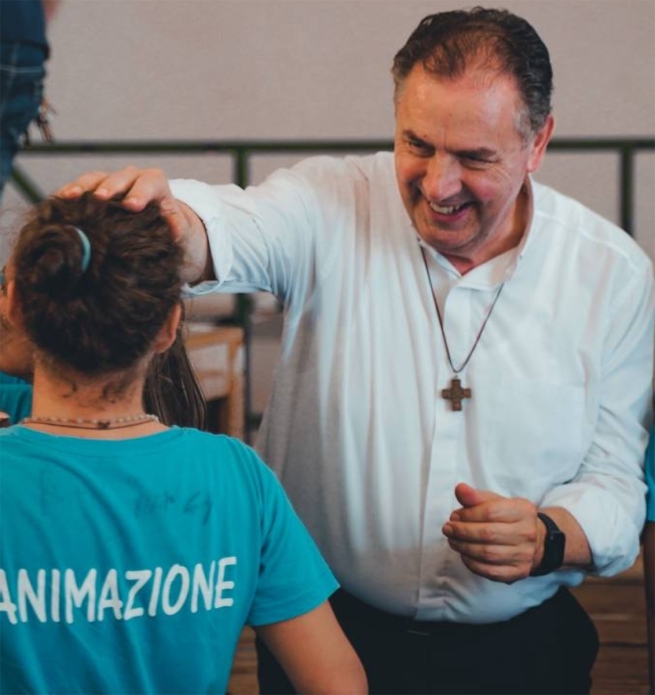 "It is no longer the time to repeat to our young people, 'It’s done this way because I say so.' It doesn't apply in the family; it doesn't apply in society." Fr. Ángel Fernández Artime has blunt words to say on the subject: "Our young people must be listened to. And dialogue is the main way to deal with the increasingly widespread malaise." The Rector Major of the Salesians has just finished speaking to the pupils of the Don Bosco Ranchibile Institute; today he will receive honorary citizenship of Palermo and then an honorary degree in Pedagogical Sciences at the University. "We need to invest more in young people, to prevent anxiety and violence," the priest repeats. Instead, the issue of youth was by no means the focus of the last national election campaign.

Why, in your opinion?
Do you know what Don Bosco said to governors, rulers, 150 years ago? "If politics today does not take care of street kids, tomorrow society will find itself with serious problems. It will find itself with people with guns in their hands." These are very topical words that should call everyone to an extraordinary commitment towards one single direction: young people.

In recent months, Palermo has discovered youth gang violence. How is it being coped with?
It is an emergency in many countries, a complex issue. In El Salvador, maras raids have reached worrying levels. Only joint action between institutions and society can provide an answer. Because arrests are not enough; we need to make a deeper impact in society.

What does the violence of youth gangs express?
You have to be able to grasp the great sense of distrust that young people today feel for their future.  It is indeed a delicate moment, but as an educator, I can only insist on the only road I know, that of dialogue.

To be carried out each in his or her own sphere, and then also in an organized manner. For example, more and more round tables should be created around which to sit, to solve the problems that plague our people.

What should be the priorities today?
There are families who until recently were living with dignity: now, they go to the food bank to ask for help. We have a responsibility to be ever vigilant and attentive to what is happening around us.

How much does the crisis of families affect youth fragility?
Fragility first and foremost affects families, who must be supported in every way in the historical phase we are living through, made complex by the pandemic.

In your opinion, were the interventions made in this period on various aspects of anxiety, discomfort, effective?
It is always a problem to intervene on the wave of the emergency. Rather, we need to invest deeply in tomorrow. Above all, in education and culture. Only then could we achieve significant results.

What is the school model that really speaks to young people, even in the most difficult territories of the global south?
Don Bosco's educational method and the commitment of the Salesians in 140 countries tells us that there is only one way: to be among the children, always.