RMG - Azerbaijan, where people of different faiths and religions live together in peace 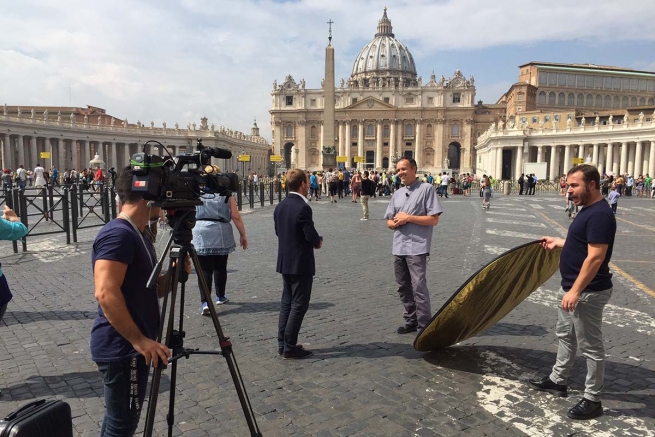 (ANS - Rome) - "Azerbaijan has changed radically in the past sixteen years. It is a whole new country: tall buildings, high technology ... Now when people visit Baku it feels like Dubai." So says Fr Stefan Kormančik, a Slovak Salesian who has been a missionary in Azerbaijan since 2001, that is, practically since the Catholic Church returned to the country. In view of the apostolic visit of Pope Francis to the Caucasus, Fr Kormančik came to Rome to help us learn more about the astonishing reality of Azerbaijan.

When I arrived there was still the fear of war in Nagorno Karabakh, the region on the border with Armenia. There were still about 1 million refugees, even though the war had ended 7-8 years previously, and people still remembered the hunger they experienced during the conflict.

Now, thanks to a new pipeline to Georgia and the Mediterranean, everything is different: if you were a tourist visiting the country for a few days, you would hardly realize that poverty exists. However, it is still there but much less visible. For example, the street children are well dressed, because if they dressed like beggars the police would bring them into institutions.

How has the situation of the Church changed in this time?

After 70 years of communist rule the people had completely lost their roots. The population is 95% Muslim. At the beginning they knew hardly anything about the Catholic Church. Everything changed radically with the visit of Pope John Paul II to Baku, in 2002.  Since then things are getting better and better, the Catholic Church has been recognized by the people and also by the government which granted land and permission to build a church.

How are relations with the other Churches and with other religions?

We have really good relationships with Muslims. Several times I have been invited, and I have participated in the Islamic feasts and vice versa, Muslims come to our festivities. When we built the church Muslim entrepreneurs helped financially. We were amazed but they said: "we want the Catholics of Baku to have their place to pray."

The same can be said with the Jewish community and the other Christian confessions. Maybe elsewhere relations with the Orthodox are a bit strained, but here there is communication and openness.

What is expected from the Pope's visit?

I believe it will bring at least 3 major benefits. First, it will make the world aware of the reality of Azerbaijan, a multicultural and multi-religious country where differences coexist happily. Then, the people will get to know better the Catholic Church and our work for society. And finally, I hope it will encourage small steps towards peace over the still unresolved question of Nagorno Karabakh.