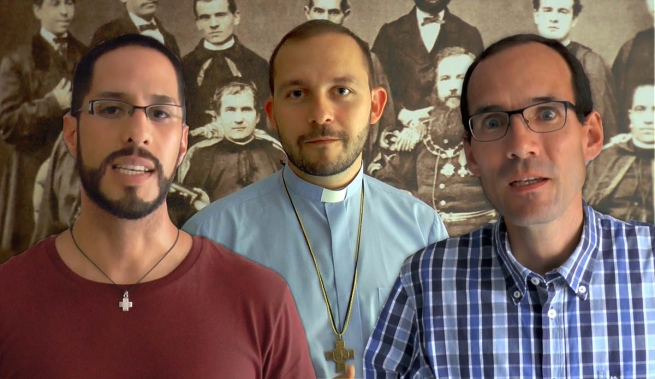 (ANS - Rome) – Some have come from a journey of total conversion to the faith. Others have waited 20 years from the time they first asked before receiving the go- ahead to become a missionary, and others still were inspired by young volunteers. These are the missionaries of the 147th Salesian Missionary Expedition, who tell the story of their missionary vocation as they are about to leave for their destinations.

"I was not a Catholic. While I was abroad, I had an accident at sea. I was dragged by the current, and I almost drowned. I could not get back to shore. I was miraculously saved. Then I shook and began to think of my vocation – what was God's will for me?" says Reto Wanner, a 44-year-old Swiss Salesian Brother.

Fr Gabriel Cruz, a 39-year-old Mexican, wrote his first letter to the Rector Major asking to become a missionary about 20 years ago. For him, missionary life was love at first sight, since his time in school: "During Easter the missionary group invited us to go among the natives of the city of Oaxaca. My heart was touched by this experience so much that I repeated it every year at Easter."

What inspired Fr Sławomir Drapiewski, a 30-year-old Polish Salesian, were the young people engaged in voluntary missionary work with whom he had cooperated in the past. He says: "This partnership, made up of shared prayer and meditation and reflection on life in the missions and how you can help others, and especially how to talk about Jesus, all this inspired me a lot."

The testimonies of the three Salesians are available in expanded form - in their original languages ​​and subtitled in Italian, English and Spanish - in the YouTube channel of ANSChannel.