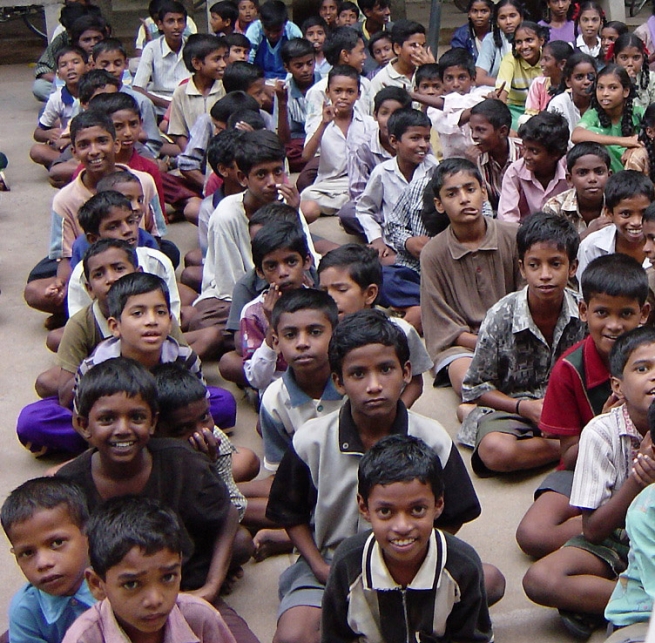 (ANS - Bangalore) - "Working on the margins, and especially among street children, helped me stay productive in my missionary life. I learned so much from them."  So says Fr George Kollashany, a Salesian of the Bangalore Province in India. Since 1975, he has been working with poor children. With   them, he has attended "the best school of life".

Fr Kollashany says that he was inspired to work with young people when he was 16, listening to that passage of the Gospel of Luke in which Jesus teaches in the synagogue in Nazareth to "bring good news to the poor." (Lk. 4: 16, 20). It was at that time that he approached the Salesians and then during the period of theology studies he began collaborating in work for the development of poor young people in India.

As a Salesian, he feels "inspired and reinvigorated by how young people react to challenges and risks". For example, he tells the story of a 16-year-old boy, "who was struggling to pass the 10th grade exam as a private student after leaving school in the fifth grade. In the meantime, he managed to pay off his father's debt of 200,000 rupees (almost 2,900 euro), working as a sweeper. With the money earned, 300 rupees a day (about €4), he was able to feed his disabled grandmother and his mother who was disabled due to kerosene burns spilled on her by her husband in an attempt to murder her. He was even able to buy a bicycle and pay for his brother's studies. (...) I'm impressed by the way he has made connections between people, those who have lent him money.  Today he is building his own house."

The street boys, they say, "are shaping the future of humanity and their lives. It is the law of nature. Being with them and learning from them is the best way to grow, learning not to lose their childhood and adolescent passion It is on the edges of society, among those who are on the margins and outside the dominant tendencies, that one can feel the pulse of society, that one can measure the essence of a community and purify its values ​​as by fire".