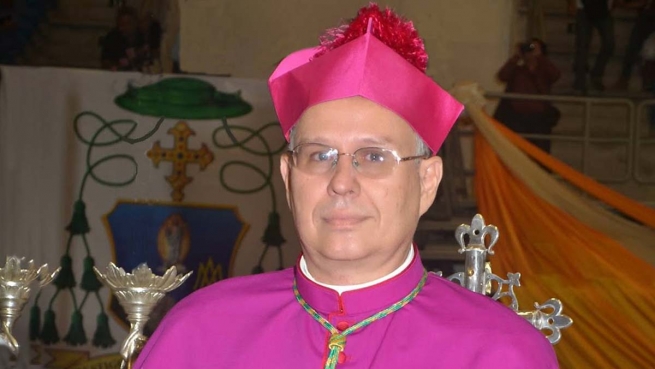 (ANS - Caracas) - The Salesian Msgr. Raul Biord, bishop of La Guaira, on the outskirts of Caracas, spoke of the calvary that Venzuala is experiencing, a country where, although there is "sorrow, weeping and suffering", there is also "hope in peace, in our people and where the Pope can help." The interview was published on the new site of the Salesian Province of Venezuela.

You are one of the most important pastoralists in Latin America ...

I do not think so, but okay. I am Salesian, formed in the charism of Don Bosco. I have always worked with young people, and for this reason I became a Salesian priest.

The Pope came from the South, and it seems paradoxical that, at a time of many political, social and economic problems, the evangelization implanted in Latin America has certainly brought benefitsl, as if to take up the themes that these intuitions of the Pope propose.

Venezuela cries? The Archbishop of Maracaibo was in Spain and cried publicly on speaking of Venezuela.

Yes, it is a very difficult situation that we are living, for the hunger our poor people experience due to this political model that wants to impose itself, the so-called 21st century socialism (a socialist revolution that professes itself as communist) that has, in 18 years, brought poverty and exclusion.

Hence, at this moment, as we have said as bishops, there is pain, weeping, suffering for hunger, and other shortcomings in the basic necessities that affect our people, such as the lack of medicines, which means that many patients die each and every day.

Venezuela has received many immigrants in the past from many countries ... But now more than 2 million of our youth have gone away.

They have no future in the country.

They leave because they do not find any future, because there is no quality of life, for the threat of widespread violence that causes nearly 30,000 deaths every year.

We hope in peace, in our people, and in what the Pope can do to help. We believe that the Pope can help us precisely because he is respected by both figures, and he can promote the creation of the path of understanding and negotiation to end the crisis we are experiencing. Rightly, Mons. Ubaldo cried for Venezuela at Comillas the other day. It is nothing more than the expression of the cry of most of our poor people who weep, suffer and die every day for this situation of injustice.