Uruguay - How to connect with young people today? 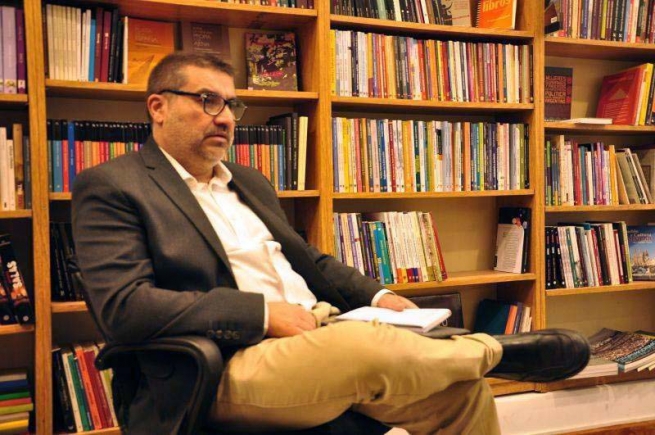 (ANS - Montevideo) - "As young people change, so too must we be pilgrims." "Ever-changing", "mobile": is how the 47-year-old Mr. Ariel Fresia, Salesian Brother originally of Cordoba, Argentina, describes today's young people. For him, young people are "subjectivity under construction". New words to define the same old truths? According to him, an expert in youth ministry, these are new terms for describing a universe that is also new, young and complex.

These are new realities, to which the ministry is still trying to give a name, because they go beyond the theoretical terms we usually use ... Before, we used to talk about young people as people, but now we prefer to talk about them as subjectivity under construction, that is, not as subjects that are already established, finished, completed per se, but as subjects-in-progress, hence as subjectivities.

What do you mean by errant, mobile, changing?

"Fail" or "mutate" help us understand that the reality lived by young people is ever-changing, even with regard to their beliefs. Young people believe differently from adults, especially urban youths who believe without a need to belong, and hence, they remain in the margins of institutions. Young people do not want rules.

Where can we begin to change?

The secret is to know the needs of young people. By moving with them, keeping up-to-date in the movement of culture, which does not mean to mimic them, because that would make us look ridiculous and would discredit the message you want to convey. But as an adult, to know what a young person needs, may constitute the first step in approaching them, meeting them, and making a proposal based on the needs of the kids, and not, on the contrary, on the basis of what we see or think they need ... Don Bosco was very wise when he said that we have to love the things of the young so that they, in turn, can love ours.

What is the mission of the Church at this time, in relation to a renewed young pastoral ministry?

It seems to me that it goes along the lines of a Field Church, a Samaritan Church: Samaritan as in the Good Samaritan; and Samaritan like the woman at the well. I believe that in this sense one can think of a youth ministry that serves those who are injured or wounded along the way, starting with a Pastoral that walks in unison, accompanies ... and is not ashamed or scandalized by whomever is lying on the road.