Argentina - Being a missionary does not mean going to save people: it is being with people, bringing a life-giving God 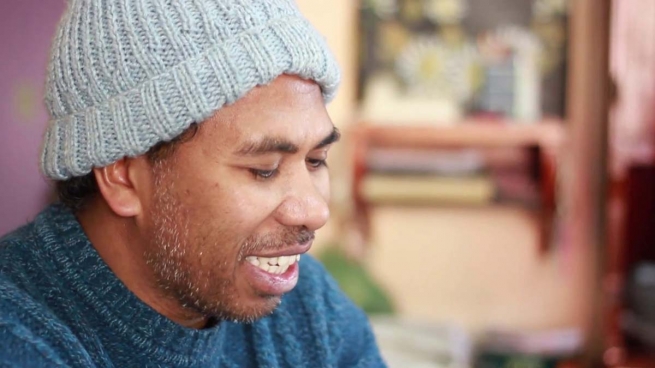 (ANS - Chubut) - Fr Brigildo de Deus, affectionately named don "Dydu" by the local children, decided to be a missionary following the testimony of some Salesian priests. One of them was assassinated and the question arose in Brigildo: "If they have given their lives, why can I not give my life to the service of those who need me?"

What is your story?

My name is Brigildo. I am a Salesian priest and I come from an island in East Timor. On the island there was a single secondary school, animated by the Salesians. They were with us all the time and in the end I asked myself: "why?" In my country there have always been wars: first with Portugal, then with Indonesia ... We have been an independent country for just 14 years. The Salesians have accompanied people, people whose families have been destroyed, the elderly, those who have survived painful experiences.

What prompted you to be Salesian?

Salesians worked a lot with young people and families in particular. In one of my last years there, a Salesian was killed and this made me question myself. I asked, "If they have given their lives, why can't I give mine?" And from that moment on, I began my vocational journey. Twelve years ago, there was also a missionary restlessness and I was sent to Argentina.

Did you already know Argentina?

I only knew about it through football. When I arrived, I was offered  "mate" and I thought it was a drug ... I worked in Bahía Blanca and then in Neuquén. I learned Spanish and I studied Theology at San Justo. But language can only be learned among children, among people.

What struck you about the local people?

From humble people you learn the values of life. Simplicity, humility, solidarity. When you go to a village, you can see how families share everything they have, a reality that you no longer see in the cities because everyone is locked inside their own homes.