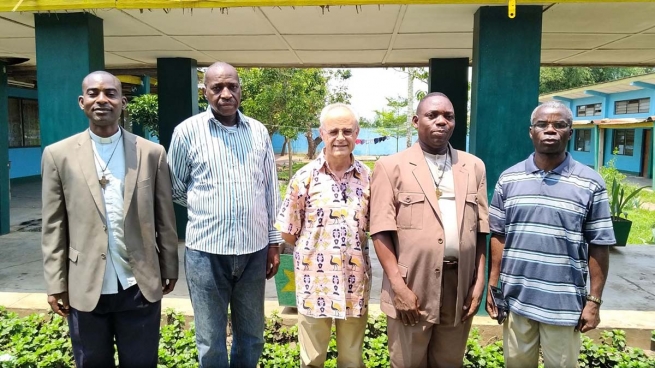 (ANS - Brazzaville) - While in different parts of the Salesian world, the Provinces are being merged for a number of reasons, in Africa, a new hope for Salesian life begins thanks to the creation of the new "Africa Congo Congo" (ACC) Vice Province. To learn more about this new Salesian reality, ANS interviewed Fr Manuel Jiménez, the first ACC Provincial.

What thoughts before the reality of this new Vice Province?

The birth of the new Vice Province is due to the growth and expansion of Salesian life in our region of "Africa - Madagascar". In addition, the distance between the Region's various Provinces and Vice Provinces recommended the creation of new districts that would facilitate the greater presence of the provincial animators in the communities. The discernment on the foundation of this new Vice Province began in 2011 and led to its official birth on September 8, 2017.

How was the new Vice Province established? Under what name?

The new Vice Province was born from two African Provinces. The name of the Vice Province is "Mary Help of Christians" and the acronym chosen to identify it is: ACC (Africa Congo Congo), as it comprises two countries of which it is made: Congo-Brazzaville and Congo-Kinshasa.

Which territory and what presences does it include?

The houses of the new Vice Province are ten in number: three in the Republic of Congo. Two in the capital, Brazzaville, and the third on the coast in Pointe-Noire. And seven in the Democratic Republic of the Congo. Four in the capital Kinshasa and the other three in the central region of Kassaï. To these are now added the Provincial House, thus giving rise to the 11 houses with which we begin this new story, with about a hundred Salesians.

Vocations? What is the situation?

From the point of view of vocational growth, prospects are encouraging. We started this journey with 10 young people in the novitiate and 40 in the other stages of initial formation. We hope to be able to offer a good service of accompaniment to these young people, to give solidity to Salesian life in our communities.

What kind of works are now active in the Vice Province?

Various services are available in our homes for the most needy youths: oratories and youth centers, schools and vocational schools, childcare homes for children from unstructured families, urban and rural parishes ...

What about challenges and projects?

Our first project is to "form a family" and redefine our missionary services according to criteria that we will determine together in the dialogue between Salesians.