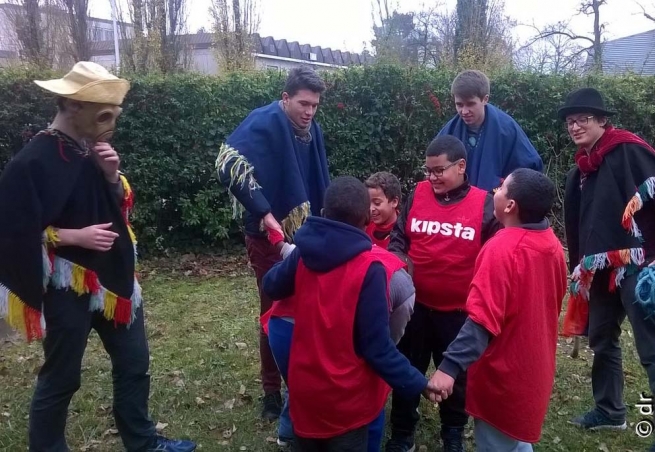 (ANS - Lyon) - Elyes, a young Muslim, and Valentin, an atheist teenager, are two students of France's polytechnic schools who have decided to pursue their mandatory semester of human formation at the "Valdocco" Salesian Association center in Lyon, part of the "Don Bosco" Social Action Network. Below, their impressions.

Did you have any surprises at Valdocco?

Elyes: Yes, the beautiful atmosphere of work! Even though I knew I would be in the field of animation, I did not expect such an informal atmosphere. Relationships are human, and we work efficiently: a balance that surprised me.

Valentin: I was surprised at meeting the young people staying at Laurenfance, the teens sent there by the judicial system or by social workers. There were ten young people between the ages of 13 and 17. With the youngest ones, we did our utmost to get them back into formation, to make them want to learn... With the 16-17-year-olds, we worked to help them write their resumes, letters of presentation, getting a driving license ...

Have you made any further discoveries?

Valentin: In addition to experiencing life "without parents", we found it interesting to learn a bit more about the Catholic religion.

And in relation to Don Bosco and his pedagogy?

Elyes: I read his biography in Arabic. What I like about Don Bosco is his courage, the will to go where things are bad and difficult, the not being afraid to go out, because we cannot act at a distance. We must move towards what we want to change and change it ourselves.

Valentin: I cannot compare with other approaches because it is the first time for me as an animator. But Salesian benevolence has really struck me a lot.

What does this internship leave your lives with?

Elyes: I will encourage everyone to move out and away, and to meet people. I have met more people during these 6 months than in the last 5 years of my life. Each encounter is an enrichment, breaks prejudices, fear, apprehension.

Valentin: I did not have those typical prejudices that you sometimes hear about in the media about "kids from the suburbs, the banlieues." But I understand that children in the suburbs are, above all, just children; when we offer them a ball, they play with it. They ask for affection. The young people of Laurenfance may also sometimes be angry, difficult... But there are many times when they really attract you and you really want to help them.