Bolivia – “I have invested very much on young people, and now, in Kami, I am reaping the benefits of my fruits” 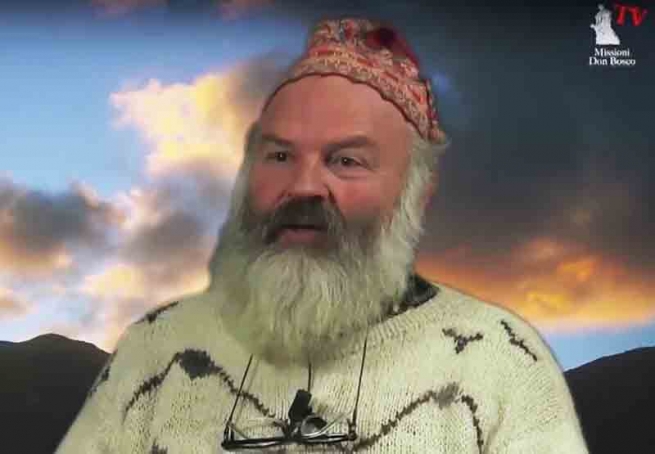 (ANS – Kami) – “I left for the Mission of Kami, in the Bolivian mountains on January 2, 1985 to help and offer my support in this remote and complicated area due to the altitude (4,000 meters above sea level) – says to Fides Father Serafino Chiesa, SDB, Salesian of Don Bosco –. I was not prepared to leave and be a missionary, but I accepted the proposal of the superiors of opening a small window on the world, a mission among the poor”.

“My life has always been geared towards helping young people at risk, I have invested very much on young people, and now, in Kami, I am reaping the benefits of my fruits because we have made giant steps in education and solidarity, and the young people themselves are involved in the improvement of their future. Sometimes the difficulties to overcome to achieve the goals are many, but this does not stop our work”, continues the missionary.

The Salesian Mission of Kami covers a vast area of 910 sq. Km in the department of Cochabamba, Bolivia. In Kami, and in the hundreds of peasant communities surrounding it, there are about 20,000 people that belong to the Quechua ethnic group, descendants of the ancient Incas and Aymara of pre-incaic origin. The population is divided into two distinct groups: the mineros and the campesinos.

The first moved to Kami from the countryside to work in the tungsten and tin mining. The campesinos who live in small, poor, isolated communities, spread over a vast territory, grow potatoes, barley, oats and legumes, with primitive systems and breed sheep. Unlike the mineros, who have now absorbed aspects of Western culture, the campesinos are more closely linked to Andean traditions and still retain a strong cultural identity.

In this difficult reality, in 1977, a small group of Salesian missionaries arrived who, together with local people, in the course of 40 years, with the help of many volunteers, started and consolidated various projects. The goal of the projects are not only to improve the living conditions of the local population, but above all to continue autonomously in its development.

“Right from the beginning, we focused on health and education - continues Father Serafino -, two fundamental dimensions for development and, after having managed to better organize healthcare with the help of an Italian NGO named COOPI, we reinforced the schools in the area, and the high percentage of school drop out diminished and the fight against illiteracy have given us a more prepared population for further steps to a somewhat less obscure future. To date, the educational theme has given us a breakthrough because we have prepared laboratories and staff to carry out technical education to respond to the need to prepare technicians capable of implementing with more professionally”.

“In order to move forward on the theme of sustainable development, we have been working on a hydroelectric project for almost 18 years which with the sale of the electricity generated by hydroelectric turbines can finance the multiple mission development activities”.