Uruguay - "Aristophanes": transmitting a message like Don Bosco used to 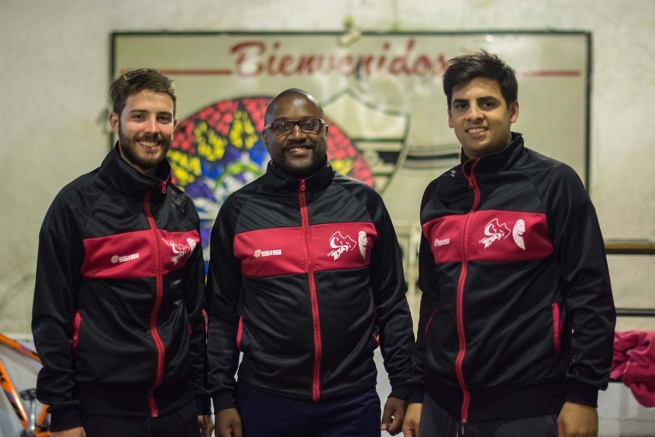 (ANS - Montevideo) - Although not everyone has passed through the doors of a Salesian institute, those who are part of "Aristophanes" feel absolutely part of the example of Don Bosco and try to transmit his values through their art. This is what three members of this parodic theater company claim; they are: Juan Ignacio Cristóbal, Winston Gorgal and Daniel Javier.

Aside from their artistic representations, what moves their most intimate fibers is the possibility of transmitting a message wherever they go and the desire to reach an audience with their shows, just as Don Bosco did. Juan, a Salesian past pupil, answers some questions.

How was the idea of forming a theater company born?

In 2006 there was a company of "Grupo Texas" called "Aristophanes" which staged "Momogedia" and, for this, it won a prize. It was then that the idea came to create a group, and from the beginning we wanted to convey a message through our shows. We represented the life of Don Bosco. The figure of Don Bosco and the show that we created marked us profoundly.

Are all the company members Salesian past pupils?

Some were Salesian past pupils, while others who joined were not. But they still understood the values we wanted to convey, which were those of Don Bosco.

Has the union of the group been given by art and by sharing the fundamental premises of the charism?

I am a past pupil, but when we did a show about Don Bosco's life, when we learned about his teachings and his values, they fascinated me and the whole group... We have absorbed all the values. In fact, every time we performed in the oratories, in the youth centers, we saw and strongly felt all that the Salesian charism is in concrete terms. I think that even if we are not all Salesians, "Aristophanes" is a Salesian group. With Winston, we are among the few people present from the beginning and we believe we are on the right track, trying, through art, to leave our message.

Starting from this experience, are you going to stay in the art world in the future?

I intend to continue, together with the study of Economics. I do not know until when, but it is a joy to present ourselves at the "Sagrada Familia", or at the oratory theater... The important thing is to transmit values to other young people.