India - "I was not worthy of being a martyr." Father Tom recalls kidnapping and liberation 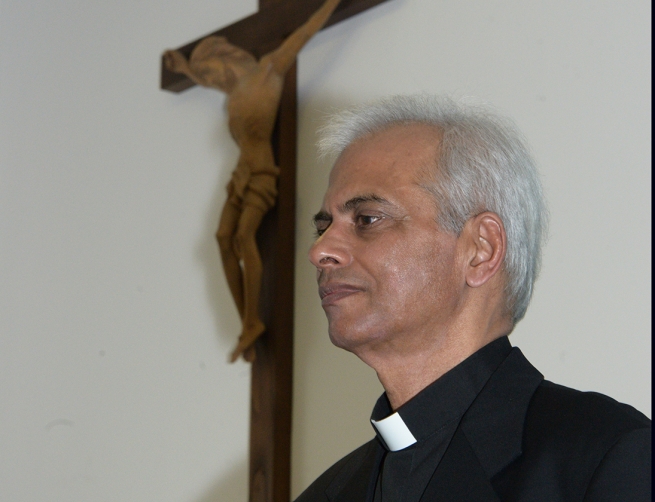 (ANS - Mumbai) – For the Salesian Family, 2017 was a year full of events worldwide. Certainly among the many episodes that will be remembered with joy and gratitude is the liberation of the Indian Salesian missionary Fr Tom Uzhunnalil after being held hostage for 18 months.

From being hostage and potential victim to being an example and a source of inspiration for many; this is the passage Fr Tom has made in recent months. And he has spoken again about what he experienced and shared some thoughts and considerations.

"To keep up my spirits were those verses of the Gospel where Jesus says not to worry because 'even the hairs of your head are all counted.' So I knew that everything that happened happened with the approval of the Heavenly Father. (...) My beloved, blessed Father would never give us anything that was wrong or evil; they may seem suffering, at times, but in the end, as far as concerns me, I see that I was not lucky enough or worthy enough to be a martyr."

In the end, with great faith, the Salesian concluded: "God turns everything to good and I see that the 18 months that I spent, my return to Yemen and then liberation ... God used this opportunity to strengthen the faith of people, as proof that He exists, that he is a living God and answers prayers."

For his part, Fr Muttathuparambil, a fellow Indian missionary in Yemen, remembers with great clarity the events of 4 March 2016. Sister Sally, the Superior of the Missionaries of Charity in Aden, called him on the phone, shocked. "She described the scene of the attack, asked me to call the General House of the Missionaries in Calcutta, call Msgr. Hinder, Apostolic Vicar for Southern Arabia, and the Salesian Provincial of Bangalore. I contacted them and told them what happened."

While four of her sisters - Anselm, Marguerite, Regina and Judith - and 12 others were killed, Sister Sally hid behind the refrigerator door in the kitchen. The attackers entered the room several times, but never looked behind the door.

"For me it was something incredible," says Fr Muttathuparambil, stationed in Taiz, about 180 km from Aden, at the time. Although Yemen was already torn by the civil war that continues still today, the Salesian felt safe in Taiz as it was not a contested ground, but under control of the rebels. He was very worried for Fr Tom. "Before the Blessed Sacrament, we prayed all night with some nuns," he reports.

On 10 March, Fr Muttathuparambil moved to Sana'a, because his passport was expiring and he had to return home; he had planned to return after two months, but his superiors later decided that the situation was too risky. Fr Muttathuparambil continued to pray, like everyone else, for Father Tom, and learned of his release without prior warning like most people, that is, from the media.

Today Fr Muttathuparambil continues to pray that the war in Yemen end soon: "the poor are suffering, the innocent suffer, war is not the solution." And although the war has pushed Salesians out of the country, he believes their absence is only temporary. "When the time comes, we will go back," he concludes.