Spain - "My name is Cristóbal and I want to be, as my name says, 'Bearer of Christ'" 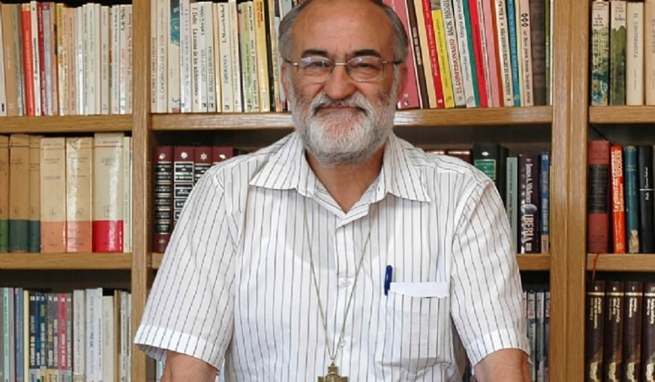 (ANS - Madrid) - Spanish Salesian Fr Cristóbal López has only one priority in his new role as Archbishop of Rabat, Morocco: "To love people." A mission which, for him, consists in living "the brotherhood between Christians and Muslims and taking care of the poorest and most needy, who are now the migrants there."

What did you feel when you were informed of your appointment?

I felt the dilemma between saying yes or no to the call that God made to me through the Church. I also felt the weight of responsibility and the vertigo of inadequacy. The Word of God, which in those days resounded several times with a "Do not be afraid, I am with you", helped me to give the only consistent answer to my choice of life before a God who loves me.

What is your future archdiocese of Rabat like? Do you know it?

I lived there for almost eight years. I was a parish priest there and I was a member of the Presbyteral Council and of the Catholic Education Council. I know half of the priests and religious, who do not exceed 40, in total, and a good number of religious, about a hundred.

Geographically, its extension is almost equal to the whole of Spain. Its inhabitants, over 30 million. Catholic Christians ... maybe 30,000, all foreigners, European or sub-Saharan, but there are also some Asians.

The archdiocese manages 15 Catholic schools with about 15,000 students, almost all Muslims, and numerous social works, especially through Caritas. Much care is taken of the migrants trying to reach Europe ...

Furthermore, an important evangelizing and catechetical mission is being carried out among the sub-Saharan university students, who are numerous and are the sustenance of many of the small Christian communities scattered throughout the enormous diocesan territory.

Interreligious dialogue is experienced at all levels, but especially in daily life, in friendship and in meetings between people.

And together with Protestant Christians, it promotes an Ecumenical Institute of Theological and Pastoral Formation called "Al Muwafaka" (Together), specialized in interreligious dialogue and the knowledge of Islam. An original and unprecedented experience, I believe, throughout the Church.

Interreligious dialogue and migration are two of the most important challenges that await you?

For sure. But the most important challenge is to love people; for love we live the fraternity between Christians and Muslims and take care of the poorest and most needy, who are the migrants at this moment.