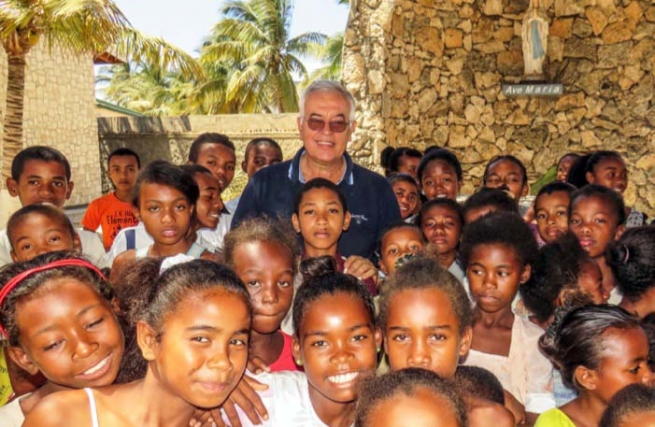 (ANS - Tulear) - "As a child, after my First Communion, I often went to Mass and I remember that in the missionary month, October, missionary priests would often return bearing their testimonies. On those occasions, the eyes and imagination of us boys could already see the boundless missions of these 'prophets and heroes of our time', and one Sunday I told my mother: 'Mother, I want to leave as a missionary, too'." Speaking thus is Fr Maurizio Rossi, Italian Salesian, for over 25 years a missionary in Madagascar, currently in the Mauritius Isles.

I learned many trades and had started to be a catechist in the parish. But the idea of being a missionary always kept coming back at me and evermore insistent. In 1980, I resigned from my job and in September 1981, I entered the Salesian novitiate in Pinerolo, and professed my religious vows on September 8, 1982.

I was ordained on 30 June 1990. On 7 November, I left for Madagascar. I spent the first six months in Ivato where I studied Malagasy, worked in the oratory and helped in the construction of a new Salesian house. Then I left for Mahajanga, where in 1996 I also became its Director.

In September 2002, the time came to leave once again: from a large city on the sea, I ended up in Ijely, a mountain village, where people mainly deal with agriculture. I found myself loving the land again, breeding, and working to help people improve their crops and, above all, teaching how to make cheese the way it was supposed to be done. Here too my role was as Economer and Director of the house, with the task of seeking funds, planning, relaunching, and helping the peasant economy of one of the most difficult areas of Madagascar. The thing seemed to work and the whole region came to see the stable and our cheese production. The Minister of Agriculture also came to visit us, and pointed us out as "the best small farm in Madagascar."

After serving at Fianarantsoa and contributing to the relaunching of Tulear, in Salesian ministry and its structures, at the fulfillment of his 25 years of priesthood, Fr Rossi has started a new phase with all of his new challenges: in Mauritius.

And yet, certain things always remain the same: "I have always prayed for my and our missionary vocations, so that the Help of Christians may, with her protection accompany us Sons of Don Bosco."