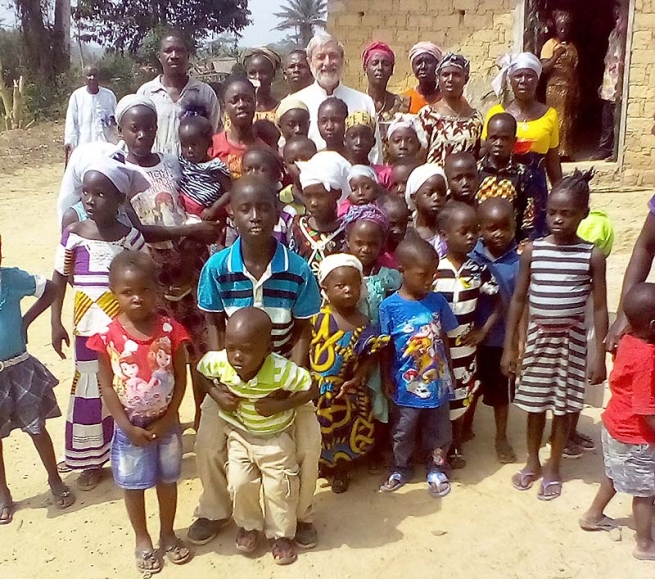 (ANS - Tappita) - Tappita, a village in Liberia, 400 km from the capital Monrovia, in the middle of the forest, is truly a place on the world's outer edge. "It is the most classical mission far and distant from every known place. I am in a remote village, forgotten by the local government, but not, we hope, by God," is the first comment of Fr Riccardo Castellino, SDB, with his new mission.

The last 100 km of roads are impossible to travel across during the rainy season, and for weeks residents are cut off from access to the capital. People commonly travel by motorcycles and in the dry season a huge dustcloud is raised. At best, you need 3 hours of being jolted around on the terrain before reaching the asphalt road and continuing for another 300 km to Monrovia.

It is a village where mail or newspapers do not arrive, but today, thanks to Internet, it is no longer a problem. At Tappita the market takes place once a week, a time when people converge from all the surrounding villages; an opportunity to see people and find something more than what you normally find in the various villages, generally little.

It is a typical forest village where people survive with traditional agriculture; they eat, but have no money. A village where at the table you first eat the soup and then ask what was inside - and find out it was monkey, opossum, boa, deer ... in short, everything that runs or crawls.

Tappita has electric light, but the parish never had enough funds to plant the poles and pull the wires to the mission. So you have to make sure you charge your computer, mobile phone and battery in the three hours you run the small generator in the evening.

The parish has 24 branches: I do not know when we will finish visiting them all, especially as the roads are as bad as described above. Some are only reachable by motorcycle and then only in the dry season. Some have not seen a priest for 3 years. But you get used to everything!

We do not have a formation house here. Albertino and Edwin Tangie are with me, young, enthusiastic and enterprising: I am tempted to say that they do everything. Remember us in prayer.