Brazil - Salesians among the Bororo: commitment to integral development 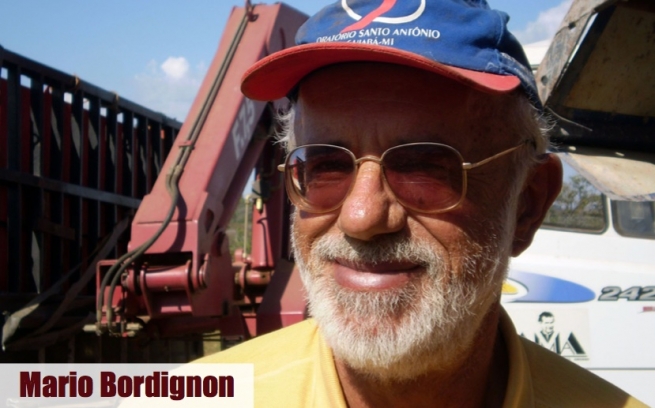 (ANS - Coxipó da Ponte) - Br Mario Bordignon, a 71-year-old Salesian Coadjutor, has lived among the Bororo indigenous people of Mato Grosso, Brazil, for over thirty years. In addition to evangelization, the Salesian is engaged in the work of preserving the local culture, in favoring their self-sufficiency and in helping them to defend their rights against those who would like to trample on them.

"One of our missionary duties is to defend the identity of a people," explains Br Bordignon. "I think it is more difficult today because the interference of Western society in indigenous cultures is very strong. It is the negative side of progress," he adds. "On the one hand, a camera or a video camera are precious tools to preserve culture; on the other hand, mobile phones, radio and television invade everything with the dominant culture."

Why since arriving in Mato Grosso, what occupied Br Bordignon most occupied was the creation of a differentiated school in Meruri, "that would have them learn about the so-called national culture without their losing the rich Bororo culture. Little by little, we have created a bilingual intercultural school, which also involves the elderly. And today the school is in the hands of the Bororo: the teachers have been trained, and gone to university," the Salesian says proudly.

Other critical issues are the economic support of the natives and respect for their rights. "Consumerism has arrived here too: the Bororo have experienced a sudden transition from the traditional to the Western economy. They struggle to understand and assimilate the mechanisms. It is easy to buy, but without understanding the production process, they are often disoriented."

The Salesians in the missions accompany the Bororo in the demarcation of their lands and territory. "Recognized official reserves had already been created, but the fazendeiros, the rich landowners, occupied them. The Bororo have to recover their lands, the only ones with a little vegetation in Brazil, and for this reason they are important for the whole nation."

After more than thirty years in the mission, Br Bordignon can say: "The Bororo have taught me so much. Participating in a Bororo funeral I was most impressed with this: everything that belonged to the deceased is burned. Shocked, I asked why and my “godfather” answered me: 'What a person is worth is not his things but what he has inside, his morals, his culture, his knowledge'. I remained silent and I learned."