Italy - "Abba Filippo": a Salesian missionary in the land of first evangelization 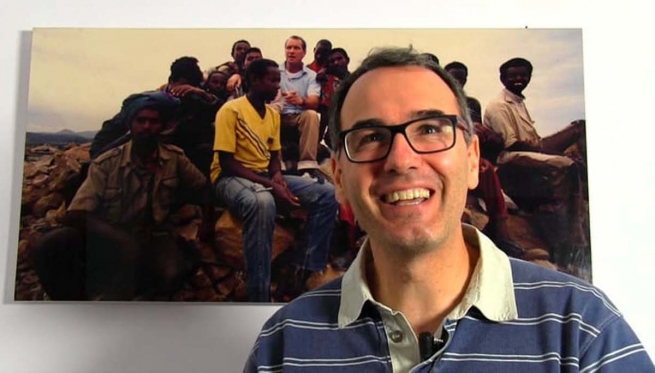 (ANS - Venice) – His name is Fr Filippo Perin, but he better known simply as "Abba Filippo", as they call him in his mission country, in Ethiopia. With his missionary letters he narrates the experiences he has lived, the traditions and customs discovered, the difficulties and the poverty in which his community finds itself, the hope that never fails him. Returning to Italy for a few days, he answered some questions that allow us to understand the reasons for his missionary choice, renewed every day.

Who is Abba Filippo and what is his missionary path?

I am originally from Porcia, near Pordenone. I attended high school at the Salesians of my city and for three years I was in the Community Proposta in Mogliano Veneto, where I developed the Salesian vocation. After all the journey to become a priest, in 2008 I left for Ethiopia, for Gambella, where for the first 6 years I was in the Nyinenyang mission, while now I'm in Pugnido: an area of ​​first evangelization, first announcement of the Gospel and openings of new churches in many villages.

What motivated you to become a Salesian missionary?

I had been with young people on summer missions several times with the School of Mondialità and there I matured the desire to leave for a longer period. Seeing in person the poverty, work and life of the missionaries gave me the final motivation.

Would you make this choice again today?

I would do this choice of life and faith again, to which I am giving so much of my life, but from which I am also receiving so much. I see this thanks to the meeting with people, with young people, with poverty, with a great faith in the middle of nowhere.

Is there any symbolic episode of your being a missionary priest?

Once in a village lost in the forest I met a catechist who was waiting for us. He welcomed us into his hut with his family and his children. Everyone was very happy with our arrival, happy to see us. They had nothing, yet they gave us everything. That meeting changed me inside and remained the symbol of my actions and of my living this path of faith and life.