India – Fr Cruz, Missionary of Mercy, “to be a living sign of the Father's welcome to all those in search of His forgiveness” 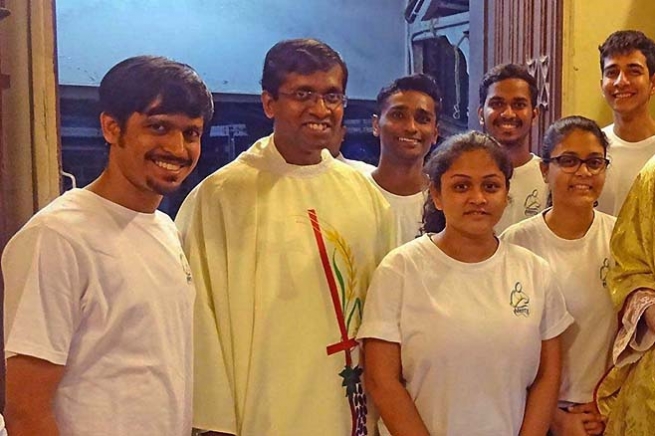 (ANS – Mumbai) – Father Leon Cruz is the only Salesian in India to be appointed as a Missionary of Mercy (MoM) by Pope Francis in 2017 with special powers to pardon sins reserved to the Holy See. In these days he joined other Missionaries of Mercy from around the world in Rome for a meeting on the Spirituality of Mercy, from April 7 to 11, to concelebrate Holy Mass with the Holy Father and also to attend a series of lectures, discussions and prayer services.

Invitation to the meeting in Rome extends to all the Missionaries of Mercy who, subsequent to the closure of the Extraordinary Jubilee of Mercy, manifested to the Pontifical Council for the Promotion of the New Evangelisation, with the agreement of their Local Ordinary, their wish to continue in this ministry.

“For me this ministry is a blessing filled with numerous moments of grace. Personally on a priority basis I have been making myself available for Confessions. On Sunday mornings, I have been sitting at the Shrine of Don Bosco's Madonna for the Sacrament of Confession. The sense of fulfilment I found in this ministry encouraged me to respond positively when the Congregation for New Evangelisation asked me if I wished to continue as a Missionary of Mercy. I was extremely happy when I saw the re-appointment letter,” Father Cruz, said.

MoMs have been sent forth by the Holy See through the world “to be a living sign of the Father's welcome to all those in search of His forgiveness,” and perform other charitable acts of Mercy. They serve in their own diocese but may be invited by other Bishops to give missions, with a particular attention given to the Sacrament of Reconciliation. The Holy Father also granted these Missionaries, “authority to pardon even those sins reserved to the Holy See,” the Pope wrote in Misericordiae Vultus, the document officially proclaiming the Holy Year.

“During the Jubilee Year of Mercy the ‘Mercy Band’ was formed which comprised of a group of engineering students. We have been going around different parishes conducting ‘Mercy Evening’ which is an evening of singing, reflection and prayer on the theme of mercy,” Father Cruz, said.

“Over the past one year we have been conducting night youth vigils called ‘Stay Awake’. This youth vigil focusses on the themes of the forthcoming Synod on Youth. Inspired by the World of Day of Poor which was introduced by Pope Francis we have been conducting ‘Miles for Christ’. In Miles for Christ, the young gather together and walk around the streets or hospitals of Mumbai and give a helping hand to someone needy. We have had beautiful experiences and young people from other faiths too have joined in Miles for Christ.”