Dominican Republic - Manny Mota: "I am a son of Don Bosco" 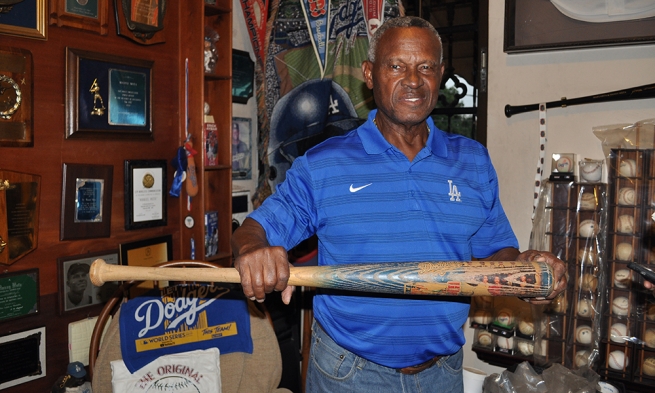 (ANS - Santo Domingo) - The baseball glove, the ball and that characteristic smell of the playing field define the life of Manuel (Manny) Mota – a historic player and professional coach in US Major League Baseball. Among his victories, one of the most beautiful is certainly to have married Margarita Matos, with whom he had eight children and adopted four others: 12 children who have, so far, made him a grandfather of 18 grandchildren. Today he says that Don Bosco has always been part of his life and he thanks God for giving him more than he thinks he deserved.

To play baseball, we had to attend Mass every Sunday, from 9:00 am to 10:00 am; then, until noon, we were allowed to play baseball, but before Mass we had to confess. I feel proud and grateful for the formation I was able to receive from the Salesians, as well as that of my parents. I participated in many tournaments. I played soccer and basketball, but I was more inclined to baseball. I believe that Salesian formation, together with military discipline, has played a preponderant role in my life throughout my career.

For me education is fundamental: I urge children not to leave school and those who have the opportunity to go to university, because that title that they have obtained thanks to sacrifice and perseverance will be something that no one can take away from them. Children are the hope, pride and future of every country; we parents are called to give them guidance and joy, so that they know that there is always room to improve, and that they try to be humble and to maintain good discipline, because success depends on this.

Another great success or accomplishment of the former athlete and coach is the Manuel Mota Foundation, created in 1967, which provides food, school and sports supplies to children and young people with limited resources, as well as food for vulnerable elderly people.

Full testimony is available in Spanish in the "El Caribe" newspaper.