RMG - Alessandrina da Costa: union with Jesus through the Eucharist 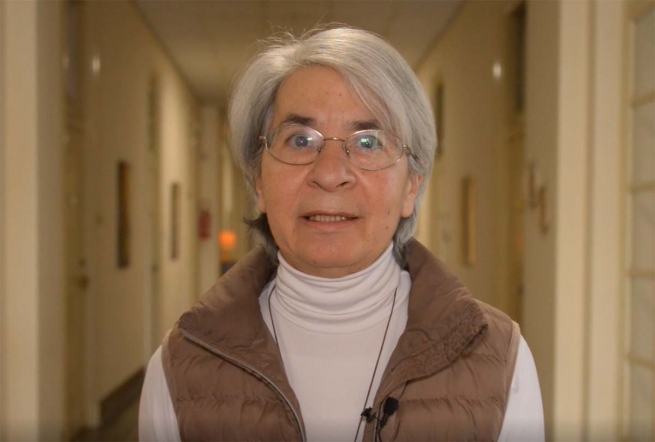 (ANS - Rome) - A few days after the celebration of Corpus Domini, a talk with Dr. Maria Rita Scrimieri, and the story of the Blessed Alessandrina Maria da Costa, a Portuguese mystic who from March 27, 1942, onwards ceased to feed herself to live on the Eucharist alone

Who is a Mystic?

A mystic is the basis of Christian life because it is the expression of the experience of union with God. Starting from Baptism, we can say that every Christian is a mystic.

Are mystical experiences only for some?

There are mystical experiences, such as that of Blessed Alessandrina Maria da Costa, which are extraordinary, because the union with God manifests itself with special gifts and signs.

Alessandrina, did she choose a life of suffering?

It must be said right away: Alessandrina did not choose this life. It all starts with an event that happened when she was 14, while she was at home with her sister and a friend of her sister. Three men entered, intent on abusing them. Alexandrina escaped from the window, fell and reported an injury to the marrow, which then caused her myelitis in the spine and at the age of 21 she found herself paralyzed. Thus began her ordeal.

Did Alessandrina accept suffering with serenity?

She desired healing, but when it did not come, she understood that it was God's will and therefore began to desire only what Jesus had arranged for her.

How did the ecstasy of Alexandrina manifest itself?

From 1938 to 1942, every Friday from 12 to 15, Alessandrina enters into ecstasy and Jesus, in her, relives some moments of the Passion. She relives all this for three hours, with also visible signs on her body.

Which aspects of Alexandrina's life can be imitated?

The desire of Alexandrina to unite with Jesus through the Eucharist is imitable. Let us remember that she was invited by Jesus to live united to Him in the Tabernacle.

What message does it leave to a society that does not believe in suffering?

Alessandrina certainly did not find happiness in suffering. She found it in Jesus, who crossed her heart so much as to transfigure a painful life into a life of happiness!