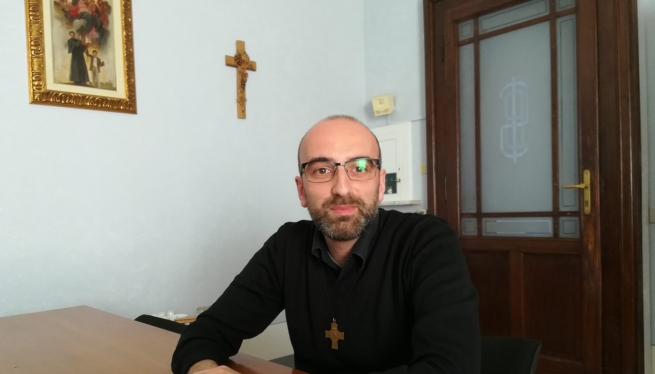 (ANS - Castelnuovo Don Bosco) - A theft that arouses the attention of the whole world, two weeks of apprehension and investigation, finally the finding that restores relief to all the devotees of Don Bosco: it was exactly a year ago, 15 June 2017, when the Carabinieri of Asti recovered the ampoule holding a part of the brain of the Saint of the Young. Twelve months later, popular devotion has increased. As witnessed by the Director of Colle Don Bosco, Fr Luca Barone.

What do you remember of those days?

From an ugly episode like that of the theft of the relic, important flashes of light were born. The first concerns the global and media echo of the news as proof of the interest and affection for Don Bosco. As Salesians we had the feeling of a world embrace.

The second light was given by the people of this land, who proved to be intimately tied to the figure of Don Bosco. It was as if they had stolen a part of the people and there were so many phone calls, prayers, testimonies of solidarity received.

The third light was the opportunity to touch firsthand the passion and competence of the investigators.

A year later, what remains of this whole affair?

Paradoxically, that theft has strengthened the symbolic power of the relic. The number of the faithful who gather to have a sacred contact with the body of the Saint have increased. From the boy who puts his hand on the glass of the case with his eyes wide open towards the relic, to the adult who kneels and prays.

At the time of the theft someone spoke of anachronism for the devotion to the relics. Is it an out of date form?

No, on the contrary, it is profoundly modern. In an age of concreteness, more than spirituality, the direct contact of the faithful with the body of the Saint, responds to this need to see one's own faith visualized.

If one pauses a little to analyze the pilgrims who go to the relic, one will see that many pray, but many others turn directly to the ampoule as if they were talking directly to Don Bosco and many others leave written notes with intentions that are all collected, kept and remembered at Mass.

The relocation of the ampoule took place on Don Bosco's birthday, in front of hundreds of young people. Why?