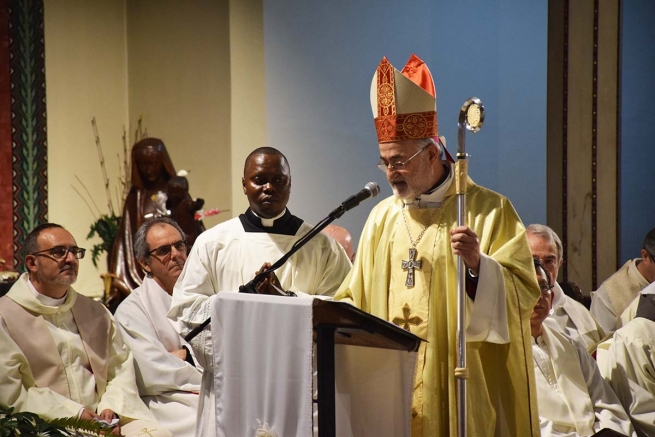 (ANS - Rabat) - The Archbishop of Rabat, Salesian Msgr Cristobal López Romero, speaks of relations and collaboration between Christians and Muslims in Morocco and of a dialogue that develops on four levels: the dialogue of life, in schools, sharing and common prayer.

"Relations with Muslims are generally very good: we Christians are respected and looked upon with sympathy. Sincere friendship often bind us to Muslims. This does not mean that there are no single people bothered by our presence, but on the whole we are happy about the quality of cohabitation with the Muslims. Even the authorities show their attention and cordiality towards us," says msgr López.

In the country, Catholics, all foreigners, represent a small minority and belong to two dioceses: Tangier, the smallest, and Rabat, where a total of 33 million people live, including many migrants: every year many faithful (25- 30%) leave the diocese and are replaced by others who arrive.

"Ours," says the archbishop, "is a Church in constant change: there are difficulties, but undoubtedly we do not run the risk of closing."

In Morocco, Islam is the State religion. "We Christians can freely profess our faith, but public demonstrations such as processions are forbidden. Proselytism is also prohibited. In the field of freedom of conscience something is moving, especially in intellectual circles. A Moroccan, in theory, can freely choose his own religion, but society would probably ostracize him."

However, there are various levels of dialogue between Catholicism and Islam: "the first level, which I consider the most important and involves everyone, is what I could call the 'dialogue of life', the understanding that binds Christian and Muslim people in everyday life."

Then schools: in the diocese of Rabat, for example, there are fifteen Catholic institutes, with 12 thousand students and 800 teachers. The directors, Christians and Muslims, have drawn together an important educational project.

"The third level," continues the Salesian archbishop, "is represented by small groups of faithful who periodically meet to know each other, to share their respective paths of faith and deepen the Christian and Muslim vision of life."

Finally, he concludes, "it sometimes happens that in some places Christians and Muslims come together to pray together: this is the fourth level and involves a small number of people."