Panama - Fr Romulo Gallegos, from Don Bosco Shrine: "We are waiting for you at the Valdocco of America!" 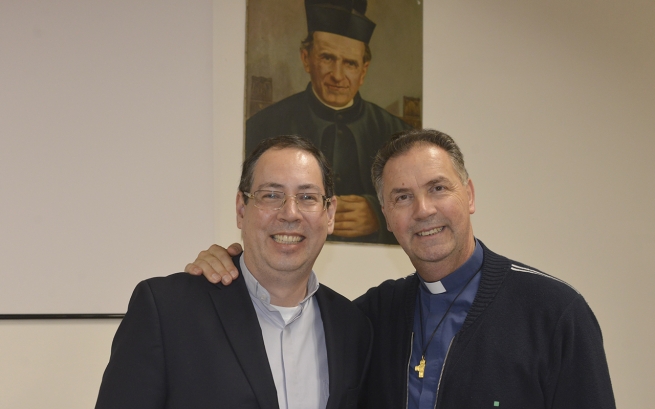 (ANS - Panama City) - A few months before the World Youth Day (WYD), the world leaders of this event met in Panama to organize everything with the utmost precision. Even the Salesians of the Rome Headquarters have also had several preparatory meetings and everything proceeds as scheduled. And the Salesians in Panama? They are continuing to organize and remodel everything to welcome the Rector Major, Fr Ángel Fernández Artime, and the thousands of young people of the Salesian Youth Movement (SYM). Fr Rómulo Gallegos, from the Shrine of Don Bosco in Panama City, answers some questions.

What will the Panama WYD mean to you?

It's really an honor for us to host the WYD! Panama is a developing country with many geographical and economic opportunities. Its people are a mixture of ethnic groups and cultures. They are an open people, who open their arms to the world and are happy to welcome the Pope and the pilgrims of the WYD.

How are you preparing, at the Panamanian Church level?

The Church is making great efforts to prepare for WYD. There is a central coordinating committee that brings together all the pastoral agents involved and there is a commission for the reception of pilgrims. It should be remembered that both the General Coordinator of WYD and many members of the Central Committee are Past Pupils of Don Bosco or in any case were part of the Salesian youth groups.

And how are you preparing for the World Meeting of the SYM foreseen during the WYD?

The Provincial of the "Divine Savior" Province of Central America, Fr José Angel Prado, took over the organization of this meeting of the SYM. The SYM Forum will take place in the structures of the Basilica of Don Bosco and the SYM Festival will be held at the Don Bosco Technical Institute, meaning that both Salesian centers in Panama will be involved.

What changes are you organizing?

Since we learned that WYD would be in Panama, we Salesians in Central America have reflected on our presence in this nation, which loves Don Bosco so much. The structures of the Basilica di Don Bosco are being reformed, the temple restored, the structures readjusted ... Panama has a very special love for Don Bosco. During the novena, in preparation for January 31, people sing: "Don Bosco is from Panama and Panama is from Don Bosco."

Do you want to say something to the worldwide Salesian Family?

This is your home. We are waiting for you at the "Valdocco of America".