South Africa – Fr. John Dickson: “History keeps you in touch with the origins of what you do” 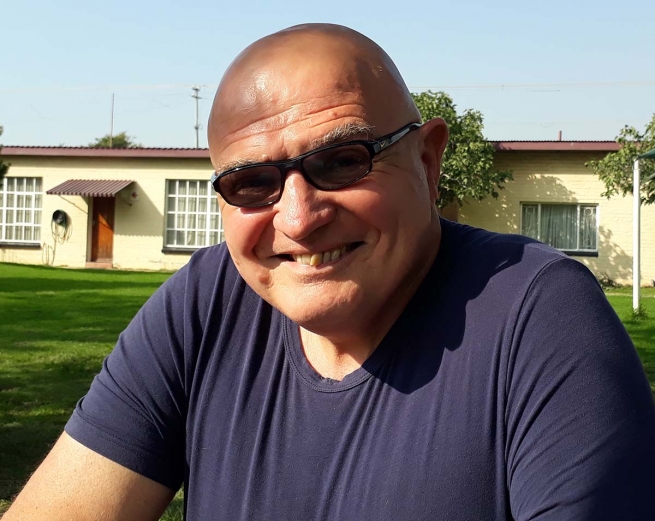 (ANS – Johannesburg) – Fr. John Dickson was born in Iran. His dad worked for an oil company. Born during a crisis in Iran, his family was expelled from Iran. He was 6 weeks old when they were expelled, a refugee at a very young age! This year he celebrates 50 years as a Salesian, [15 August], Rector of the Salesian community in Chertsey, UK, Governor of a school of 1500 learners and also Royal University chaplain, six years so far. During his stay in Johannesburg for a History research, he was interviewed by the Southern Africa Salesian Bulletin, “Don Bosco Echo”.

What is the state of youth in Europe? How do you view the situation?

My role as chaplain: an educational role, help people understand that people of faith are not peculiar, they are open to life.

Young people are searching for belonging, finding their way. A place that is welcoming.

I go to Muslim prayer and Hindu prayer; you are there with them and they want to see that you care about them and pray with them.

History: How did it start and who influenced you?

As a child we had a public library which was free. Every Saturday morning my mother encouraged me, and we would walk to the library; borrow books and read them. It was a great way to spend a Saturday morning. I like stories and I like history; I think it is written into my DNA, this love for stories and history. The Scottish people have a passion for sharing stories, similar to the Celts. “If you ask me a question, I will end up telling you a story.”

My novice master, Fr. Martin McPake got me interested in historical research. Five years after my ordination, I taught at the seminary; I did my doctorate on “History of Salesians in England.”

History is not just a set of stories; its about life stories of people. Salesians are good at making history but useless at writing history.

What brought you to South Africa?

I am writing about one of the pioneers of the AFM Province, Fr. Ainsworth, who was the first Provincial Delegate to South Africa. He was born in 1908, trained as an engineer, became a Salesian. He was a very open-minded person and a man of fairness. A man of great wisdom.

Why is it important to preserve the memory of Salesian history, our heritage?

If you don’t know the tree of which you are a branch of, you are in danger of clipping yourself off. In other words, if you don’t understand where you come from, then the danger is you think you are doing something new and you end up chopping yourself off from the whole tree.

It is also a question of identity. The history of a province and the history of the congregation is a question of identity. There must be a dialogue between your present situation you are living in and your origins. As Vatican II said, “Be aware of the deposit faith and how to adapt to the present times.” If you end up only talking about what happened in the past, you will die and if you just talk about what is happening in the minute, the present, you just become current and disappear very quickly.