France - "Do we want a fragmented and violent society or do we work to build a fraternal society?" 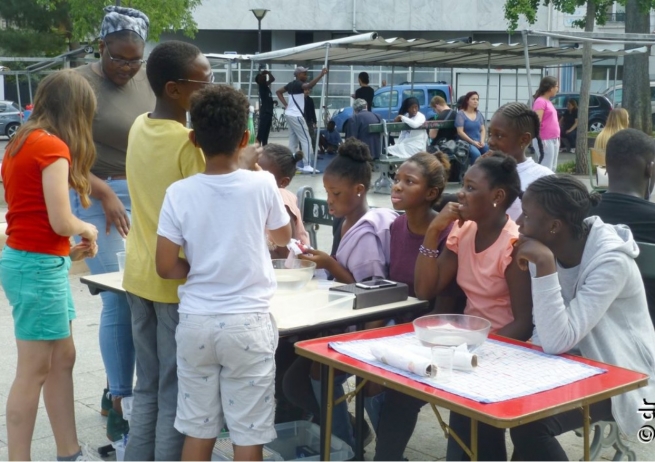 (ANS - Argenteuil) – The Salesians in France have recently federated all their social works within the "Don Bosco Action Social" network (DBAS), which holds 60 institutions,  and is coordinated by Fr Jean-Marie Petitclerc, SDB. An expert in education and suburbs/inner-cities, founder of the association "Le Valdocco",  and also involved in administrative roles, he spoke to the French Salesian Bulletin, "Don Bosco aujourd'hui" about the challenges of integration in modern cities.

How do you evaluate the current orientations by politics towards cities?

Today we are talking again about a "banlieue plan" ... But we are aware that we will not solve the problem of the so-called "priority" neighborhoods only with money. The question is the link between the inhabitants of these neighborhoods - especially the young - and those of other parts of the city. We are at a crossroads: "Do we want a fragmented society, inevitably ever more violent, or do we want to commit ourselves to building a fraternal society?" Now this question is central also for the Salesian world. By bringing together volunteers from other neighborhoods and professionals working in the banlieues, we are promoting mobility and raising awareness of social diversity. In this way the institutions and services of the DBAS contribute to the development of social bonds based on fraternity.

One of your battles is to create a relationship between family, school and city. Is it still a significant and meaningful battle?

An important difficulty faced by young people in problematic neighborhoods is that they spend their days in three places: the family, the school and the street. Each of these places is characterized by a different culture: the family culture is imbued with the traditions of origin; scholastic culture is marked by republican traditions; and that of the neighborhood has basically become a culture of equal rank, intra-juvenile, where adults are absent. Likewise, the traditional social activities in France are strongly divided: there are educators of the Educational Action teams who work mainly with the family; active social workers in schools; educators specialized in prevention in the streets. But the behavior of young people varies greatly depending on the environment in which they are located. This is why, from an educational point of view, it seems important to me, as we do with the association "Le Valdocco", to bring together the youngster who is in the street (through animation), with what he lives in school (thanks to the scholastic accompaniment) and in the family (through actions to support parenting).