Ecuador - Archbishop Gabrielli: "Nothing has changed, I have continued to love and to visit my people" 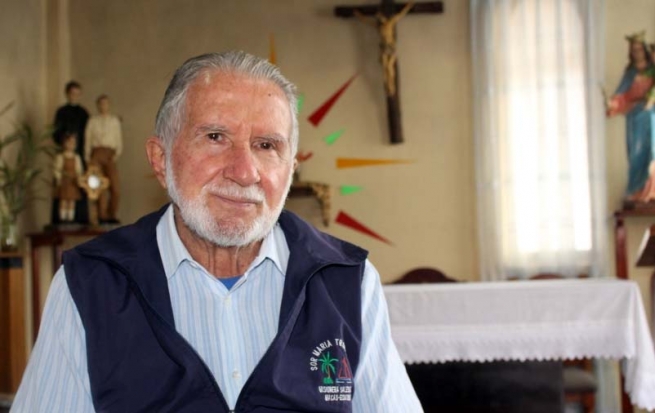 (ANS - Macas) - After having completed 35 years of work as a Salesian missionary in eastern Ecuador, in 1993, Msgr. Pietro (Pedro) Gabrielli was nominated by Pope John Paul II as bishop of the Apostolic Vicariate of Mendez. Obeying that call, he continued the work he is most passionate about: walking and going to meet people, to share with them the infinite love of God.

Do you remember the moment you were appointed bishop?

Naturally. I was in Yaupi's mission when they brought me a letter from the Apostolic Nuncio to Ecuador wherein he wrote that he wanted to talk to me. I had to go to Quito and there they proposed I become a bishop. At the beginning I did not want to accept, but before the letter signed by Pope John Paul II, I ended up saying yes, after 35 years of work as a Salesian.

Has your pastoral life changed after this event?

Nothing has changed, I have continued to love and visit my people. This is why I know most of the communities and I have been able to give form to what the Church wanted me to do among the people: to be a shepherd of the sheep.

Why make the decision to become a Salesian missionary?

The Superior of the Institute of Venice, where I was studying mechanics, asked me to become a priest and Salesian missionary and I accepted his proposal. My father said he gave me permission, and to not come home. Then I became a Salesian, a missionary and today I am grateful for the opportunity I had to become what I am.

And you never went back home?

Sometimes I went; when I was a missionary not so much. In 35 years of missionary life, I returned only three times. As a bishop, I returned for Ad Limina visits, to help in Episcopal Commissions and for family invitations. Sometimes I came back because I established friendships in different places, so I traveled to support some projects or look for resources for some works of the Vicariate.

What importance did the Amazonian peoples have in his priestly service?

Arriving in this land I conducted the life of the missionary. I lived in institutions, but without neglecting the people of the communities. I always enjoyed living close to people, going to see them, without many pretensions, but with the desire to serve. At the beginning of my service, the missionary was the only one who could get to the communities that were starting: we attended the assemblies, we gave our suggestions and we encouraged friendship and the development of the population.