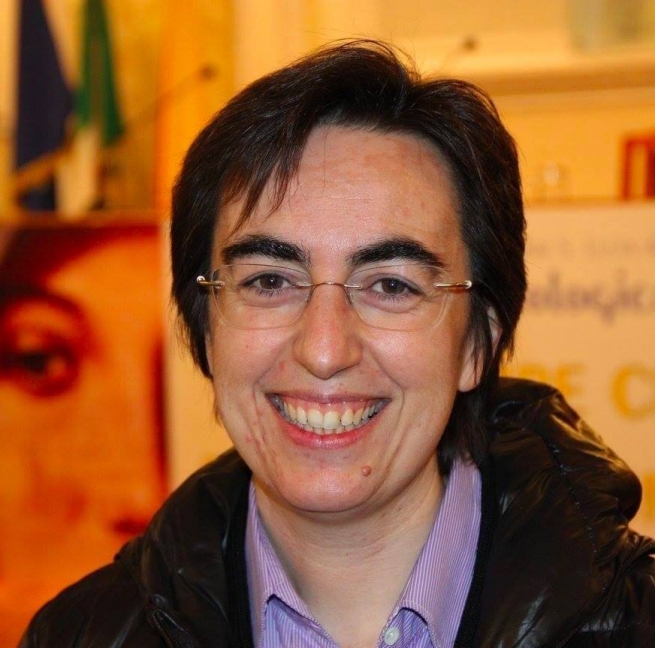 (ANS - Vatican City) – Sr Alessandra Smerilli, Daughter of Mary Help of Christians (FMA), professor of Economics at the "Auxilium" Faculty, is one of the two FMAs taking part in the Synod of Bishops currently under way in the Vatican. In this assembly, she observes with satisfaction "the great love" of the Church for the young, united with the desire to "listen to young people" and to "speak His Word to a confused world."

Zeal and enthusiasm pervade all the Synod's work, even those of the minor Circles, where the religious has found "ample space for discussion." "The topic of listening has been studied in depth, which, when it is authentic, changes both the speaker and the listener," she said.

"This is a Synod," continues Sr Smerilli, "in which the Church wants to listen to young people to renew itself in those areas in which it is unable to speak to young people. But at the same time, the Church knows that if she wants to follow Jesus, she must be able to say His Word to a confused world. A Church that wants to be in the world and does not want to look only at the sheep that are in the enclosure, but also at those outside, without losing its identity and mission."

The debates do not deny the scandals of abuse, but focus on the young people and the opportunities they bring: "From discussions, it emerged that it is important to have a beautiful and positive gaze on young people ... Precisely because the Church feels wounded can she stand next to those whom she has wounded," adds the religious.

As for the presence of women in the Church, Sr Smerilli explains: "It is above all a matter of focus and participation. At the Synod, it is spoken of, but the true theme is that the Church is less Church, and the human is less human, if it does not have both male and female eyes."

And at the Synod, Sr Smerilli also brings her wealth of knowledge and skills: "As a religious, a woman and an economist, I would like to more attention to be paid to economic issues with a view to sustainability. There is indeed a fourth revolution in progress and it is the digital one and we must be careful to accompany this process."

The hope of Sister Smerilli is that even after the Synod, the Church shall know how to maintain the same spirit and the same step or pace: "If the works continue with this style, there will really be a new meeting between young people and the Church."