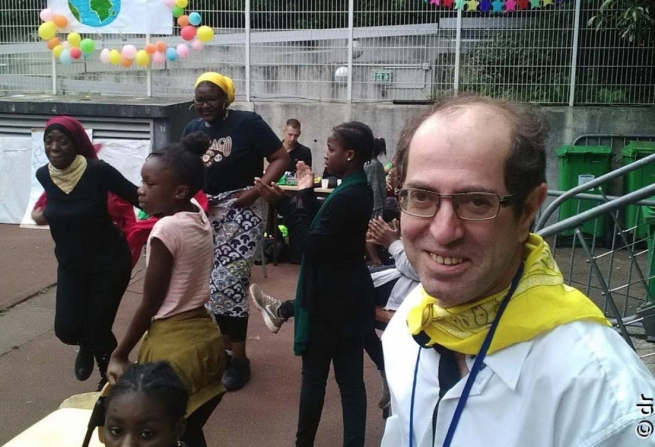 (ANS - Paris) - What gives meaning to social work in neighborhoods? Yahia Adane, Director of the Association of Popular Education Charonne-Reunión (AEPCR), in the 20th arrondissement of Paris, as well as the network of Salesian organizations "Don Bosco Action Social", testifies in an interview her approach to social work. A theme he discussed with all the structure's educators for an entire day.

Why dedicate a whole day reflecting with young educators on the meaning of their actions?

We need to take the time to reflect on the meaning of the social bond, of the gift of oneself, of the relationship with the territory ... The idea is to take a step backwards from what we do. It is clear that work in the social field is not easily quantifiable. This is the difficulty ... and also the interest! It is easier to count what one puts in a plate at the end of the day. In the social sector, this is not possible. The transformation is built step by step, in the repetition of daily gestures. Our usefulness is only visible in the long term. And this is also the interest ... because it forces us to continually question our habits.

These moments of reflection with the young animators of AEPCR also allow us to evaluate their work. Whether they are trainees or volunteers, they need to feel that they are bringing social value, that they are useful and that they contribute to collective work.

Some young people are born again thanks to animation. This is the direction that civil service activities are taking today. What do you think?

In many cases, young people, by collaborating in local initiatives or with the “Juvenile Judicial Protection” organization, really manage to start over. There is also the idea that when you do animation you feel useful and acknowledged by others. In the journey of youth, some people use animation as a factor to re-establish trust. Many young people actually live it as a rite of passage.

What we have been doing at the Place de la Reunion, in the 20th arrondissement, every Wednesday for four years now, is very close to what Don Bosco himself did. It's about going to those who do not come to us. Thanks to these street entertainment, children return to the recreational center, to attending school; even volunteers joined the association, which enriches our work. Their objective is to create links and bring some light to a territory.

The Charonne-Reunión Popular Education Association (AEPCR) founded in 1996 includes a highly regarded recreational center and sports club in the 20th arrondissement of Paris. It is animated by 6 employees, 70 volunteers and 120 trainees (secondary school students). The association is part of the new "Don Bosco Action Social" network, an organization that includes 16 other Salesian institutions.