Ecuador – Youth of the Amazon have lost "their land, their language, their families", and they need a Church that cares for and about them 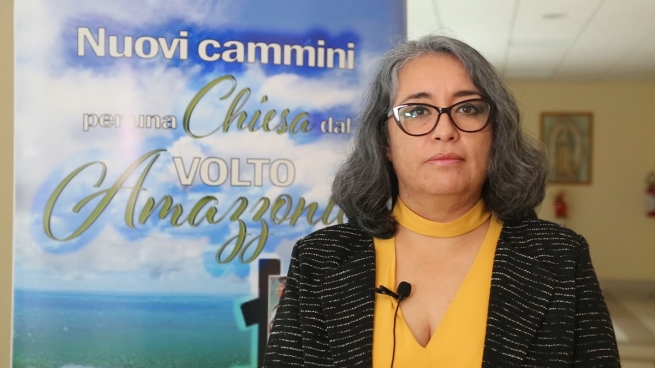 (ANS - Quito) – In recent years Dr. Gabriela Bernal, originally from Ecuador, has studied the youth of the Amazon. In the perspective of the Synod of Bishops on the Pan-Amazon Region, she answered a few questions about who the young people of this continent are.

Gabriela, who are the young people living in Latin America?

The young people who are currently walking in Latin America are new characters for us. For adults they are unknown. And the paths they take are uncertain. They are young people who, in the transition from the rural to the urban world, find themselves experiencing moments of strong tension, of tears. In this process, there is the absence of parents, who are dedicated only to work. Let me say that one of the worrying characteristics for these young people is the loneliness and absence of parents.

What determines the solitude of young Latin Americans?

Parents are dedicated only to work to get money, and so they have definitively abandoned their children. They have left them in total abandonment. The consequences are obvious: there are no models of life; the young grow up through trial and error and they are disoriented.

Are there young indigenous people?

Young indigenous people are a group that has traditionally been labeled as "hidden" because it was thought that among the indigenous there were no young people, given that they marry very young and soon take on adult responsibilities. The "young indigenous" as a social group are of recent “construct”, because families are in other conditions and are undergoing profound changes. They live very difficult situations, which have to do not only with loneliness, but also with the fact that they live in an aggressive, violent and racist environment, and they are denied the possibility of communicating with their own language.

What kind of work should the Church do with the indigenous youth of Latin America?

I believe that for many years the Church and the religious Congregations have given a significant response through school, but now school (alone) is insufficient. I always say that the work of Salesian oratories, for example, is an excellent answer. It is an invaluable space for young people. Unfortunately, the oratories are being lost, but I believe they are spaces where playfulness and accompaniment are lived and experienced.

Is the preventive system in the Amazon context still relevant or current?

I believe that today the Preventive System is more timely and necessary than ever. Even more so if we look back at all that the figure of Don Bosco in his context was. The beautiful thing about Don Bosco was his sensitivity, his ability to look at the environment of young people, where they were, often alone, in a reality of great industrial expansion. Now we live in a similar context and I believe that the Salesian Congregation should return to its origins, thinking (and reverting) back to Don Bosco's inspiration and action.