Spain – Fr Sala, SDB: "The Exhortation of the Pope will underline the need to walk with young people" 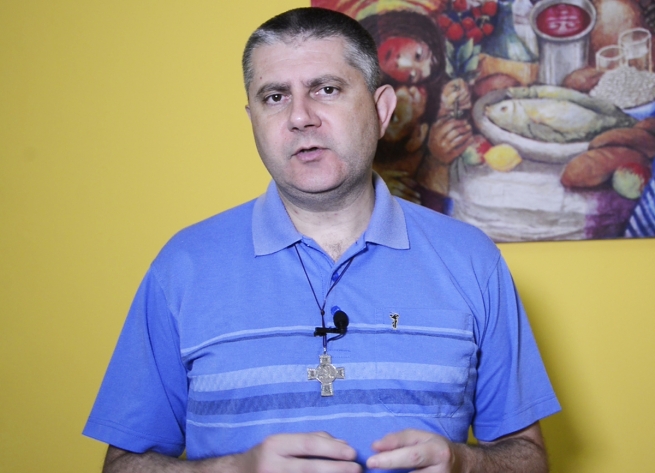 (ANS - Madrid) - Salesian Father Rossano Sala brings his concern for young people in his DNA. At the last Synod of Bishops, on the theme of youth, he was Special Secretary. Last week he visited Spain, where he held a conference at the Ecclesiastical University of San Damaso and presented his book "Youth Ministry: Evangelization and Education of Youth" (CCS, publisher). In his opinion the Apostolic Exhortation signed today in Loreto by Pope Francis will serve to re-launch the synodal path that "does not end until it reaches every local Church."

You said that the Synod is not limited to the synodal assembly, but that there is a previous and subsequent path. Where are we now with regard to Youth Ministry?

We are waiting for the Pope's Apostolic Exhortation. There was an Instrumentum Laboris, which served as the basis for the synodal work; a Final Document, which is the fruit of the assembly; and now we will have the Apostolic Exhortation, which will re-launch this synodal path, which does not end until it reaches every local Church... The place and date chosen by Pope Francis to present it is significant. March 25, Solemnity of the Annunciation, in Loreto. Because the "yes" of Mary is the beginning of the journey and reminds us symbolically that we, too, are about to begin.

What will be the central points of this papal document?

One of the main themes will be "synodality". Francis himself said that the synodal path is what God expects from the Church of the third millennium. That without the "synodality" the missionary impulse will not be strong. I would also say that the need to walk with young people will appear, before making young people walk; that is, an outgoing and moving Church, which recovers youthful dynamism ... It will demonstrate the will to weave new relationships with the youth world, a dynamic of renewed closeness and friendship that will be deepened in a proposal to walk together.

How should the Church listen and get closer to today's youth?

The fundamental theme of the Synod, from the biblical point of view, is the story of the disciples of Emmaus, where the first step is not constituted by the affirmation but by the question. When the question is open to listening and when listening is empathetic, it touches the listener and changes his heart. The verification of true listening is the change of heart.

What is the line to follow for the future of youth ministry?

I would say three things. The first: to regain proximity to the world of young people. Secondly: to rethink Christianity starting from the vocational dimension and, therefore, from the personalization of the life of faith. And finally: to recover the youthful dynamism of the Church.