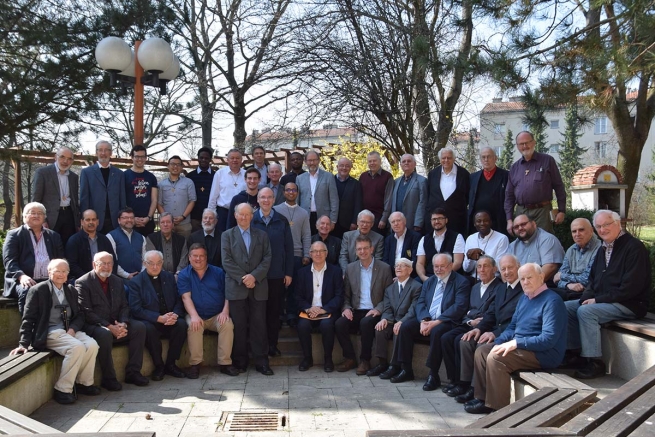 (ANS - Vienna) - Since he was elected Councilor for the Salesian Region of Central and Northern Europe, in 2014, Fr Tadeusz Rozmus - 62 years old, originally from Poland – has been traveling a lot. In fact, on behalf of the Rector Major, he is in charge of accompanying his confreres in as many as 33 countries of the Old Continent. Between February and March, Fr Rozmus spent several weeks in Austria, conducting the Extraordinary Visitation and passing through all the houses in the Province. He met not only with the Salesians, but also with the Salesian Family, the members of the partner organizations, the collaborators and the staff employed.

What Salesian contents and charisms are important in Central and Northern Europe?

Our Salesian identity has the highest priority. This means not only the formation of young Salesians - currently we have 15 formation communities in Europe, including one in Vienna - but also the formation of lay collaborators. The future of Don Bosco in Europe depends on the quality of this formation. Specific skills and knowledge are increasingly important. Lifelong learning, of course, is essential. But in addition we need to know how to accompany young people today in education, social work and formation.

How did you experience the visit of the Rector Major to Austria?

The program was well prepared and the Salesian Family was very present. Furthermore, for me it was the first time that an Extraordinary Visitation coincided with the visit of the Rector Major.

Have you been to Austria several times already? What is your relationship with Austria?

I have a special relationship with Austria. As a young Salesian I went to Linz to learn German. A few years later, I was invited to Schärding to replace the parish priest. And for the past 15 years I do substitution in Sankt Roman and Münzkirchen for the summer. I have now made friends, baptized children and celebrated weddings. Upper Austria has become a second home for me.

How is the collaboration between Salesians in Europe?

I must say that it works very well. It is true that countries have different cultures, languages, mentalities and backgrounds, but all have the same charism. Once a year, there is a meeting of the Provincials - this year it will be in Slovenia - and then there are conferences for regions. In 2019, there will be a new edition of the International Salesian Games, which represent a nice moment of exchange and sharing among the youth of Europe.