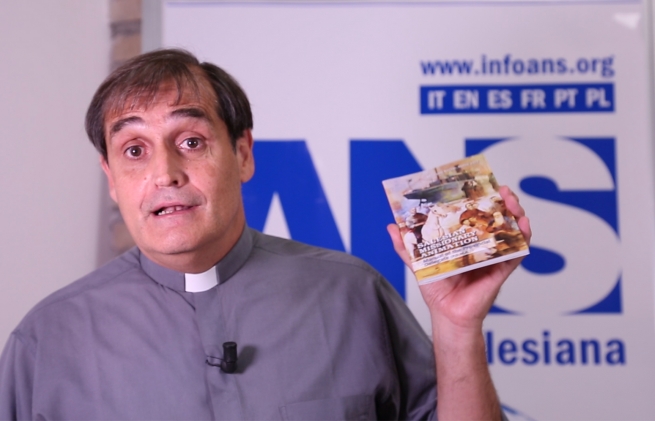 (ANS– Rome) – The Sector for Salesian Missions has recently printed, in the five languages most widely spoken in the Congregation, the renewed Manual of the Provincial Delegate for Missionary Animation (DIAM). It was presented by Father Martín Lasarte, who curated the publication.

Fr Martín, how missionary is today's Salesian Congregation?
Charismatically, all 15,000 Salesians are missionaries wherever they are. But those ad gentes, that is, who have left their Province to serve in other countries, are about 800-1,000.

What does the new manual want to highlight?

It is a manual that was approved by the Rector Major and his Council as early as 2017, even though it is published now. It aims to present some useful tools to DIAM and its team to foster a “missionary culture”. That is why we say that it is aimed primarily at DIAM, but also to its team. Indeed, it would be good for every Salesian educational-pastoral community to have a delegate for missionary animation, who could also be a lay person, with the task of keeping alive this central aspect of our charism.

And what ideas does the handbook present to favour missionary culture?

In the first place we must recover Don Bosco missionary! Don Bosco had a heart that wanted to embrace the whole world! He himself wanted to go missionary; he could not and he sent his Salesians.

Then, starting from this missionary dimension inherent in the charism of Don Bosco also means enhancing missionary formation: not just formation reserved for those who will leave for the missions, but also for all the Salesians in formation, from pre-novitiate to ongoing formation, so that all may be attentive to this apostolic dimension.

The DIAM then is the sentinel in the province that always keeps the missionary flame burning.

And what can you tell us about the manual's different annexes/attachments?

They serve to offer various cues. For example, with regard to the accompaniment of missionary groups, which have different names in the Provinces and arise in the most disparate areas, such as schools, parishes, universities… But all have this missionary concern at their heart.

Finally, the dimension of missionary volunteering is very important. On this theme a new specific manual is about to be published, it too in 5 languages, which we have produced in communion with the Salesian Ministry of Youth. The DIAM in this field is called to promote, to give a strong impetus to this aspect. Today there are many young people who are looking for new horizons, something to give their lives for… And missionary volunteering is a beautiful horizon for making a demanding proposal of sanctity to our young people!

The video-interview with Father Lasarte is available on ANSchannel in Italian and Spanish.