Brazil – Fr Rezende Sarmento, SDB: "After the Synod, the Church in the Amazon will never be the same again" 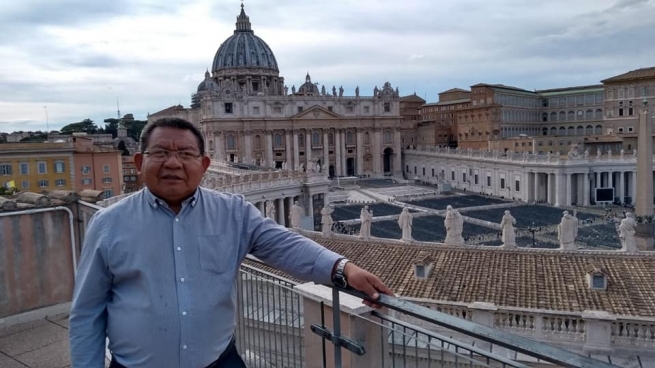 (ANS - Manaus) - "The Synod is of the bishops, but we [indigenous] have contributed much to this Synod." Looking back at that important ecclesial assembly, the only indigenous priest who participated, the Tuyuca Salesian Fr Justino Rezende Sarmento, SDB, a native of the Alto Rio Negro, with 25 years of priesthood and 35 of Salesian religious life, has no doubts in reaffirming the contribution of the indigenous people to the Synod and in emphasizing the importance that the event will have on the local ministry: "After the Synod, the Church in the Amazon will never be the same; it will be different, more present and more committed, more Samaritan."

How was the topic of original peoples discussed during the Synod Assembly?

What evaluation do you make of the results on the subject of indigenous peoples in the Synod?

The indigenous peoples have received special attention at the Synod ... I believe that the indigenous issue appears well in the final Document. It could be better, but it is known that the synod process is built by more than one hand. But the natives who participated in the Synod will be able to rewrite their contributions, interpret what is contained in the Document and establish new reflections, according to their specific realities. The Synod Fathers were very attentive to the voices of indigenous peoples. Many Synod Fathers stated that the representatives [of indigenous peoples] made a difference in the Synod. And it was truly so.

Can we say that this was a Synod of indigenous peoples?

I say that the Synod on the Pan-Amazon Region is a Synod of Bishops, but we natives have been part of the synodal process since the convocation, and in the process of preparation and participation of the Synod. Our participation showed that there was a time when bishops and missionaries in the Amazon spoke for us. But for some decades now, both in societies and in the Church, we ourselves have been talking about what we think, our realities, our indigenous Christian communities, because we ourselves are God's people, we are the Church, we don't want to be just recipients of evangelization, but evangelizers.