Togo – Fr Dieudonné Otekpo, SDB: "National resources are monopolized by a minority at the expense of the great mass" 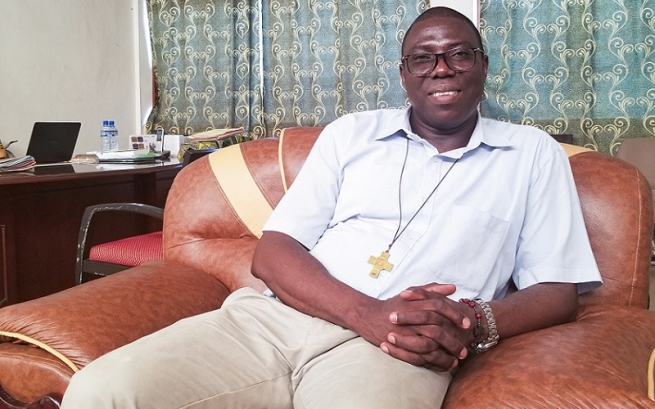 (ANS - Lomé) – "Rebuilding democracy in Africa for the good management of the common good" (Refonder the démocratie en Afrique pour la bonne gestion du bien commun) is the title of a recent book by Fr Dieudonné Otekpo, Salesian priest (SDB), currently Director of the Salesian Institute of Philosophy and Humanistic Studies (ISPSH) of Lomé. The notion of the common good, the appropriation of property by a minority in power and the ensuing conflicts are at the center of his work, which instead would like to propose an ideal model for the proper management of the common good.

Why did you feel the need to write this book on this subject?

In the countries where I've worked as a missionary, I experienced the poverty of the people. I have observed the same phenomenon everywhere: a minority that monopolizes the properties of the State to the detriment of the great mass (of people) that lives in poverty.

What is the reason for all this?

In the second part of this book, it talks about the obstacles to respecting the common good. Among these are the abuse and personalization of power and corruption.

In Africa, says prof. Sophia Map, the notion of power depends on the traditional conception and ends up identifying it with a concrete individual. Consequently, "the state is internalized and is not the object of reflection or debate." Personalization leads to dictatorship, which subordinates the other legislative and judicial powers to its cause. The dictatorship is accompanied by a golden rule: the oppression of freedoms, violations of human rights, the use of national property for individual purposes. The head (or leader) that finds himself above the institutions assumes all the powers and manages the ownership of the state at will. As a result, everyone around him does the same and, gradually, the ownership of the State is transferred into personal pockets ... This phenomenon encourages corruption, which in turn is the perversion or distortion of a process in order to obtain particular advantages for the corrupter, while for the corrupt it involves a compensation in exchange for his benevolence ...

This phenomenon has spread worldwide, globally. In fact, until the present day, the Third World remains the place of supply of several global networks and, with the help of the Heads of State, who take their share of the pie, the countries are ransacked, looted.

Through these two phenomena, national resources are monopolized by a minority at the expense of the great mass, which lives in poverty.

In the work, you propose a political model. Which?

It is the "strong state" model.

And what is it based on?

On the strength of laws and the Constitution. The strong state is the State where everything is governed by law and no one, not even the Head of State, escapes the power of the law. And it is a State in which all institutions are founded and operate without any external influence.