Morocco - Card. López Romero, SDB: "Migrations are not a problem, but the consequence of many problems" 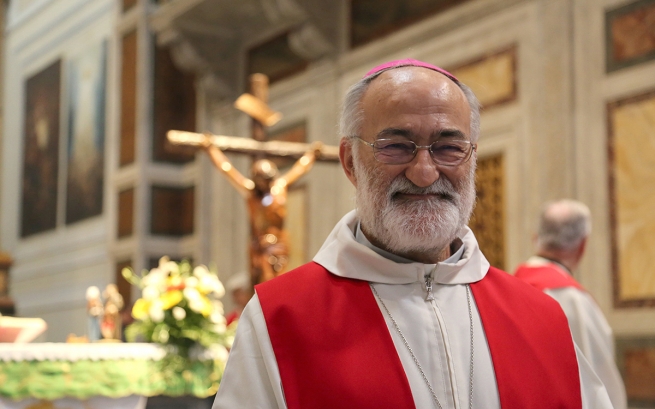 (ANS - Rabat) - The Meeting of reflection and spirituality entitled "Mediterranean, a frontier of peace", promoted by the Italian Episcopal Conference, will take place in Bari from 19 to 23 February 2020. Slightly more than fifty bishops will participate, representing the Bishops' Conferences of the 19 countries bordering the Mediterranean, including Cardinal Cristóbal López Romero, 67-year-old Salesian, archbishop of Rabat, capital of Morocco, among others.

In the invitation to the meeting, the bishops were asked to indicate which problems they consider most important and urgent. Which ones did you indicate?

In my judgement, the most important extra-ecclesial question on which we must work together is the phenomenon of migration. Some time ago I thought of organizing a meeting between the bishops of African countries from which migrants leave and the bishops of European countries in which migrants arrive. The meeting was held a few weeks ago: unfortunately, however, only one European bishop from Spain participated ... The Mediterranean cannot continue to be a frontier of hunger, suffering, inequality, anguish, death. Mind you, I define migration as a "phenomenon", not a "problem".

Migrations are not a problem but the consequence of many problems. Poverty, wars, famines and climate change, an economic system that - as Pope Francis says - crushes entire peoples: these are the problems that give rise to the migratory phenomenon. So, I think that in Bari, in examining it, we will necessarily have to ponder the causes, reason together and look for solutions.

Do you have a proposal that you would like to present to your fellow bishops?

What do you think is the most relevant and urgent intra-ecclesial question to be addressed in the Bari meeting?

I think it is the little compassion shown by many Christians towards the most fragile and vulnerable brothers, including migrants. I suffer a lot when, in Spain, some people, after taking part in the Eucharistic celebration, ask me, with an acrimonious tone, not to send migrants from Morocco anymore. I reply by explaining that people must be able to move, they have the right and it is not I who send them. And then I ask myself: how is it possible to go to Mass and not feel almost any compassion for men, women and children who suffer?