Azerbaijan – A Salesian missionary in the small Azeri flock 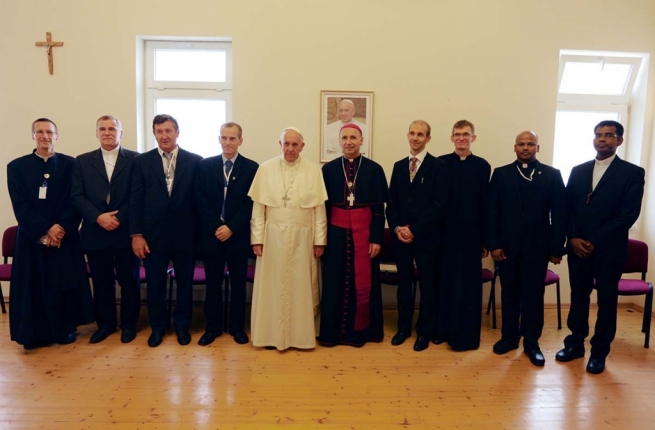 (ANS - Baku) – A few hundreds of Catholics, out of 10 million inhabitants: this is all the "small flock" the Salesians in Azerbaijan serve. Yet it is not numbers that determine the quality of a life spent in service to God and neighbour. Fr Vladimir Baxa gives us a testimony.

I was born in Czechoslovakia, a socialist country at the time. Since I was a boy I wanted to be a priest and a missionary. I had heard stories about missionaries, and had read some books and articles. During my vocational search encounters with non-bvelievers and people who were not practising played an important role. My experience during practical training and my theological studies in Italy were also very important. I think that the final encouragement for my official request to go to the missions was the desire to go and serve where people had objective difficulties in getting to know Jesus the Son of God, and being able to have an experience of church as community.

I have been living in in Azerbaijan for eight years. It lies between Europe and Asia. It is a post-Soviet, secular, multicultural country which shows tolerance for religions. The callenge for me is a life among people or various oriental cultural mentalities, and who are Muslims for the most part. I alos feel the geogrpahical distance from typicall Catholic environments. In a country with 10 million inhabitants, only three hundred are Catholic. Some six hundred foreigners also regularly take part in Sunday Mass and Mass for other occasions. The Catholic presence consists in just one parish entrusted to the Salesians. Luckily Mother Teresa's Sister are also here (MC) as well as the Salesian Sisters (FMA). The greatest challenge, however, is first of all my personal limitations. We feel our limitations, also because there are just eight of us Salesians and one is the Bishop of the country.

However, there are many joys. Certainly among them we recall Pope Francis' visit in 2016, the first Mass of the first Catholic priest from this country, and also the episcopal ordination of our Prefect Apostolic, the first Rector of our community. But the greatest joy is to hear the spontaneous testimonies of faith of those who have discovered the gift of faith in Jesus. One of these testimonies was most dignificant for me. I was together with one of our parishioners in a village below the Caucasian Mountains. we had gone there to visit a friend of his, a Protestant. Every day we prayed together, and in the evening shared our experiences with the Word of God. One day, when we climbed a hill from which we could get a wonderful view of the whole village, the man who was our host began singing and praising God. Then, with tears in his eyes he asked how come, among so many people, only his family had had the grace of welcoming the gift of being Christians. I felt great joy at that moment: even through my presence in azerbaijan, God wanted to draw those whom he had chosen more closely to himself.

I wish my confreres a similar joy, when they ask if they are called to life in the missions. How do we recognise this gift? I believe that we need to be open to God's will, whatever it may be. It is necessary to know how to be oneself, with one's own possibilities and limits.. At the same time there is a need to leave behind one's own expectations. Finally, God invites us to welcome totally different people as our brothers and sisters. He wanted to come among us sinners, to make us his friends and fellow citizens of heaven.