Italy – Cardinal Rodríguez Maradiaga, SDB: "We are called to serve the poor and abandoned young with love" 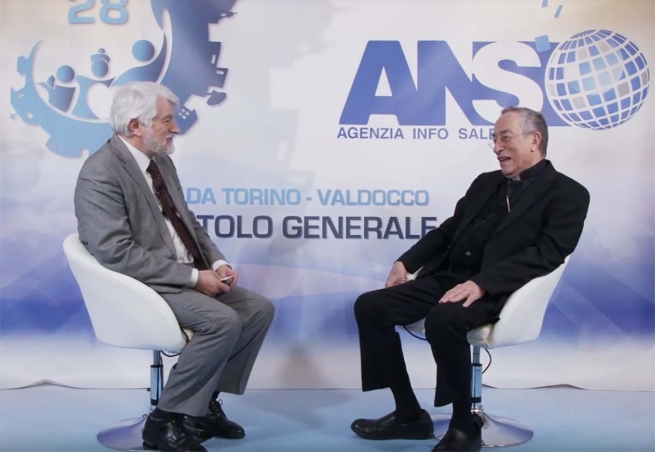 (ANS - Turin) - The official opening of the 28th General Chapter took place on Saturday, 22 February, to which Salesian bishops and cardinals of the world were invited. Among those who arrived in Turin-Valdocco was Cardinal Óscar Andrés Rodríguez Maradiaga, SDB, who, in addition to having a grateful heart for the "Mother Congregation", as he stated in his interview, is one of the members of the Council of the Cardinals of Pope Francis. In this interview, conducted by Antonio Labanca, the cardinal sees an exciting future.

Cardinal, thank you very much for this time and for this interview ...

Thanks to you. It is a special grace for me to be in Valdocco. Coming to the Mother House and being close to Don Bosco and at the feet of Mary Help of Christians is the dream always desired by every Salesian.

Your Eminence, you participated in the last Synod of Bishops on youth. What does this Synod tell us today at GC28?

The Synod is a clear message for a renewed ministry that leads to a personal encounter with Jesus Christ. It is becoming increasingly understood that pastoral care is not a matter of "doing things", but of meeting Christ in one's life. And Christ lives among young people, in young people, and the encounter with Him is the key to a new youth ministry.

What does it mean for you to proclaim Jesus Christ?

What I proclaim is what I live. I think the phrase "Woe to me if I do not announce the Gospel" is a reminder to us pastors of young people. We must renew our heart and it is nice that this GC28 takes place on the Salesian Places. Don Bosco lived for the young and his heart beat for the young and he said to them: "I promised that until the last breath of my life it will be for you."

Where should we improve, grow and mature in the joint mission between Salesians and lay people?

Today's layperson has understood the need for formation. In the past, it was thought that a little catechism would be enough for the laity. No, no ... Laypeople must be trained. They ask for formation to have a more profound job in the midst of the mission shared with the Salesians. Don Bosco, with his vision launched towards great objectives, had already understood this when, in accordance with the criteria of his time, he formed the Salesian Cooperators.

What would you recommend to young Salesians?

When one starts his Salesian life, the first thing he wants is to get to know Jesus and to get to know Don Bosco better every day. Jesus one knows through His Word. Secondly, loving. He who knows and loves serves. We are called to serve the poor and abandoned young people with love.

Full interview is available in Spanish and Italian on ANSChannel.