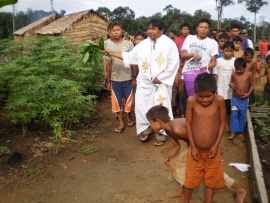 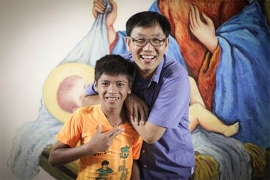 (ANS – Poipet) – “I never really thought of becoming a missionary because I did not feel confident that I could overcome the difficulties I would face in a mission land. I left it to the others to go to the missions.” Fr Mark Yang, a Korean Salesian, admitted candidly. Yet today he is fully convinced of his choice to leave as a missionary and devote his life to the young people of Cambodia. 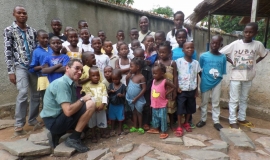 (ANS - Mbuji Mayi) - "Being a missionary is part of every Christian's life: we cannot hide the light that God has lit inside us." So says Fr Mario Pérez, a Venezualan Salesian, over 35 years a missionary, currently engaged in serving children and teenagers accused of witchcraft at Mbuji Mayi, a city with great and serious social problems in the Democratic Republic of Congo. 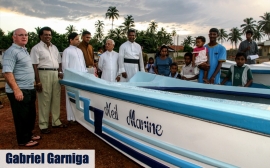 (ANS - Negombo) - From the mountains of Trentino surrounding Rovereto, his hometown, to the Himalayas of Bhutan, to the waters of the Indian Ocean alongside Negombo, the city of Sri Lanka where he serves the neediest children, especially the young victims of abuse and violence: it is the 45-year journey in the missionary life of Br. Gabriele Garniga, Salesian Coadjutor.