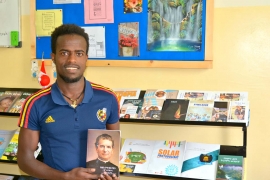 (ANS – Addis Ababa) – Werkeneh Alemu is a boy whose life would have him end up on the street, like many other street kids on the streets of Addis Ababa, Ethiopia; but today he is overjoyed at his extraordinary achievement. He has scored Straight A’s, which means he has scored 100% in the National Exam that was held last June for grade 10 students. He attributes his great achievement to the unending support of the Salesians at Bosco Children, Mekanissa, where he has been a resident for the past 6 years. 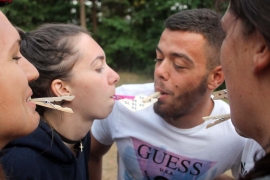 Belgium – Learn and re-create yourself: it's your fundamental right!

(ANS - Brussels) - Don Bosco gave his street children as many learning and play opportunities as possible. Later, in 1948, such opportunities were registered as rights in the Universal Declaration of Human Rights. Today, how do we consider the right to education and leisure time? Can children and young people really use them? Two experts talk about it today: Bram Reekmans, of the Belgian Salesian NGO "VIA Don Bosco", and Fonny Grootjans of the international network of Salesian organizations "Don Bosco Youth-Net". 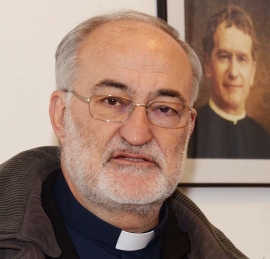 Morocco – Mons. Cristóbal López, SDB: "The Church of which Francis speaks excites me, it is my Church"

(ANS - Rabat) - When he, newly elected archbishop of Rabat, greeted the Pope for the first time in Rome, Francis told him in a playful tone: "I nominated you after having well studied who you were, but without knowing your face. When I saw your picture in the magazine Vida Nueva, I calmed down a bit." That initial joke was the starting point of an exercise in trust that was reinforced by the papal trip to Morocco last March, which the Salesian organized in various stages, having now become a good connoisseur of the country. 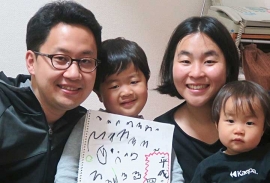 (ANS – Tokyo) – In the Salesian school and education institutions, parishes and social works, finally published is a guide for all people who work for the young with Salesian Family members: “Let's educate them with the heart of Don Bosco!”. The contents of this Handbook were prepared during the past 3 years, focusing on Don Bosco as a model (episodes of his life) and summarizing Don Bosco's Way of Education. This Handbook is for all (Catholics, believers of other religions or non-believers) who want to educate with the heart of Don Bosco, who want understand him better and guide the children and young people for a better future. Presenting the volume was Chihiro Okawa, Past Pupil of Don Bosco.