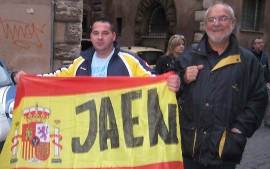 VATICAN - "I felt God in my heart": José Antonio, a Spanish prisoner in Rome

(ANS - Vatican City) – On Sunday 6 November, during the Mass in the Basilica of St Peter with over a thousand prisoners, Pope Francis took the opportunity to urge governments to improve the living conditions of prisoners. Among them was a young man called José Antonio, from the prison of Jaén in Spain, where the Salesians offer spiritual assistance. José Antonio came to Rome for the Jubilee of Mercy with the Holy Father. "When I saw the Pope passing very close to me, I felt God in my heart." 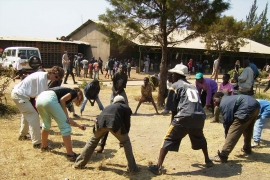 Democratic Republic of the Congo - I was a wizard.

(ANS - Lubumbashi) - Between January and June 2016, 70,222 people arrived in Italy by sea, to escape from war, hunger and violence, (compared to70,329 in the whole of 2015). This year’s total from January to June included 11,608 minors, the vast majority of them unaccompanied minors (90%). They have undergone experiences that we cannot even imagine. Let us quote one example. Heritier Tshibanda is 13 years old and is one of the tens of thousands of boys and girls from the Congo who are branded as wizards or witches and are abandoned by their families. Heritier lived on the streets for twelve months and then, after many difficulties, he returned to a normal life at "Bakanja-Magone", a centre run by the Salesians. It is not easy for him to talk about his experience. 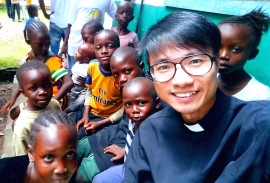 Sierra Leone – ‘Do I see Christ in the children and young people whom I meet today?’

(ANS – Lungi) – Lo Po Tak Anthony is a Chinese Salesian born in Hong Kong who arrived one year ago in the English speaking province of Western Africa (AFW). He spent 6 months in Ghana and since last April he has been continuing his practical training in Sierra Leone. “I am assigned to visit 5 different outstation schools, so I have to go to a different school every day for my apostolate. There are no Salesians working there, and my mission is to build up the Salesian Spirit in those schools, and by using different activities to make the students enjoy their time in school. I am going to use music, creative arts, physical education, games and Chinese Kung Fu to let them experience the other aspects of learning” he said. 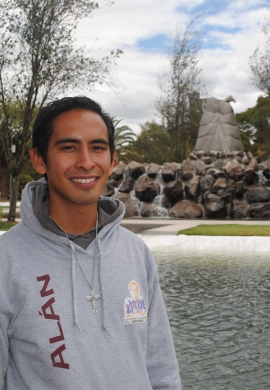 (ANS - Quito) - "Whether you are here or there, you're no longer a stranger, you are part of a Church and a Congregation, open yourself to the experience and live every day with passion, in the navel of the moon , or in the navel of the earth.” These were the words spoken by his father, when a young Mexican called Alán Benigno González Castañeda went to Ecuador to begin a new experience.