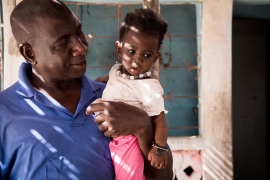 (ANS - Dakar) - Migration must be a right, not necessarily an obligation dictated by situations of necessity. And when life leads you to have to retrace your steps, then the help of someone who gives you "A New Opportunity" is essential to starting over. The Salesian NGO of the "International Volunteering for Development" (VIS) firmly believes in these principles. And the story of Elhadi Ndiaye, a Senegalese worker and father, is a perfect testimony to this. 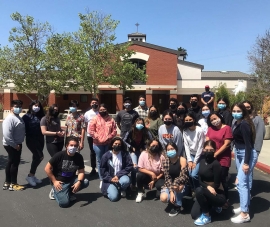 United States – The city of Downey seeks support from the Salesians

(ANS – Downey) – Once the Governor of California gave schools in Los Angeles County the green light to return to in-person instruction, the city of Downey found itself without any after-school program for their 12 elementary schools. There were only seven business days before the schools opened again, and they needed to hire 26 people to staff the district's after-school programs. 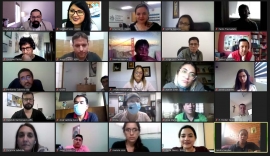 Ecuador – Forming yourself as a leader for a more just America 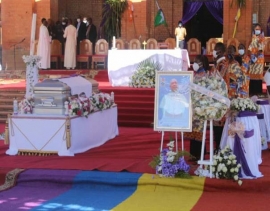 (ANS - Lubumbashi) - The Catholic faithful of Lubumbashi, in the Province of Upper Katanga, in the Democratic Republic of Congo, have lost their pastor, fully active until then, following an illness: Msgr. Jean Pierre Tafunga Mbayo, a Salesian of Don Bosco, in fact, passed away on March 31, 2021, and in recent days has received several and dutiful tributes to his memory for the work done in his diocese and throughout the country.

Italy – US shopping vouchers for poor families in Sampierdarena, thanks to Salesian commitment

(ANS - Genoa) - Over 70 needy families in the Genoese district of Sampierdarena have received a shopping card that will allow them to shop for 35 euros a week for the next three months, for a total of 420 euros per family. This is a concrete measure to  help the many people in difficulty following the pandemic, deployed in the Salesian "Don Bosco" parish in Genoa thanks to a loan from "UsAid", the American international development agency, to “Salesiani per il Sociale APS” and to the Salesian NGO “International Volunteer Service for Development” (VIS).

(ANS - Vatican City) - On Saturday 10 April, the Press Office of the Holy See announced the names of the new Consultors of the Congregation for Institutes of Consecrated Life and Societies of Apostolic Life (CIVCSVA) appointed by the Holy Father. Among the 19 chosen, three members of the Salesian Family. They are: