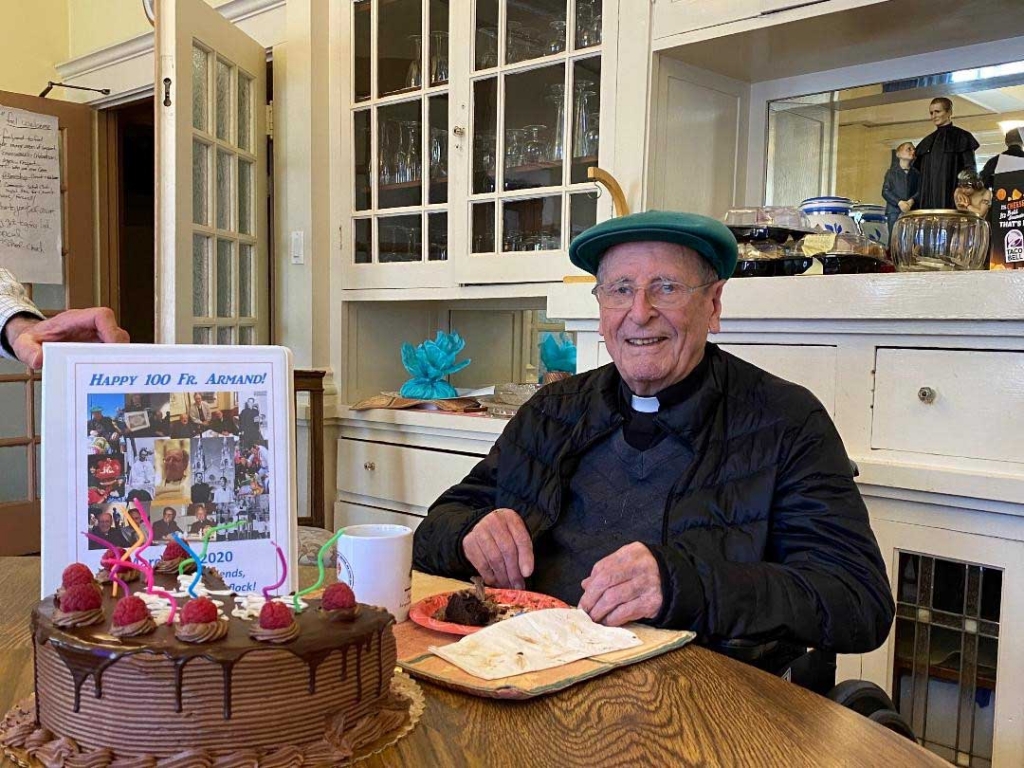 San Francisco, United States - March 2020 - On 30 March, Fr Armando Oliveri celebrated his 100th birthday with the cheerfulness and optimism that have distinguished him throughout the Salesian community and the FMA – with due social distances. Fr Oliveri was born on March 30, 1920, in Pallare, Savona, Italy. The family emigrated to San Francisco when he was a small child and became part of the parish "Saints Peter and Paul", the first Salesian house in the United States, where he was one of the first young members of the "Salesian Boys Club" of the parish. Oliveri went to the "Salesian Junior Seminary" in Richmond and in 1939 entered the novitiate in Newton, New Jersey. After World War II, he went to Turin-Crocetta where he studied Theology. On July 2, 1950, he was ordained in Turin. He spent many years working in particular in the parishes of the United States West Province. He spent a total of 37 years in the parish "Saints Peter and Paul". Generations of people in San Francisco are grateful to him for his well-known kind and friendly spirit.