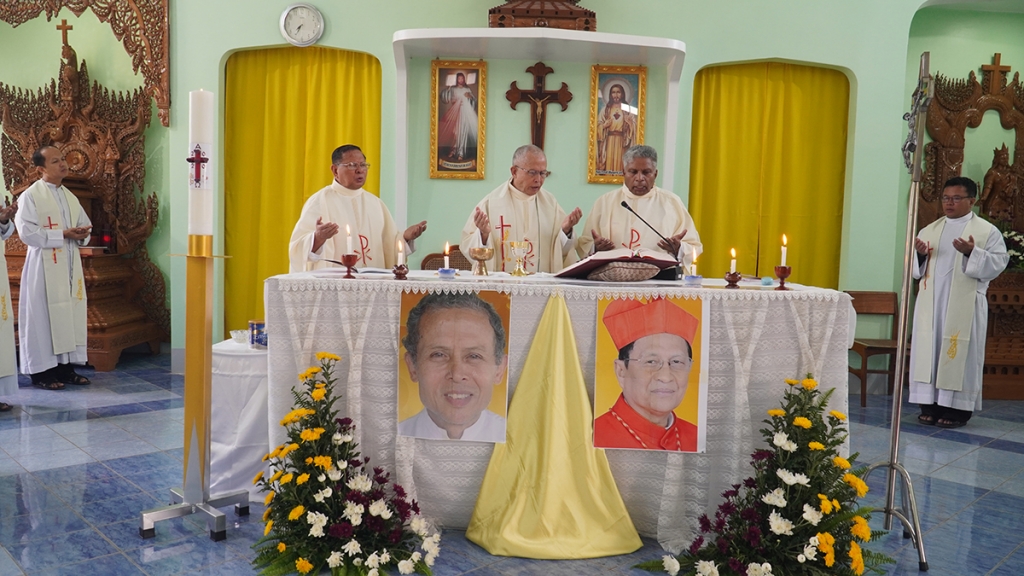 Anisakan, Myanmar - May 2020 - On May 24, the 50 years of the Salesian religious life of Cardinal Charles Bo, Archbishop of Yangon, and Fr Edward Ba Si (Sein Myint), were celebrated with a solemn Eucharist. Cardinal Bo, who was unable to attend Mass due to the pandemic restrictions, sent a message to those present, stating he would have liked to celebrate the anniversary with them in the chapel where he made his first vows. The Salesian cardinal made his first profession together with Fr Ba Si on 24 May 1970, both having as teacher Maestro Fortunato Giacomin, the only Salesian pioneer who managed to remain in the country until his death, after all the other foreign missionaries had been expelled in 1965. During the homily, Fr Ba Si remembered the ceremony of their First Profession, stressing that even if there was insecurity for the future, they were happy to be Salesians. On the same day on which the two Salesians, always together, were ordained priests, on 9 April 1976, the Salesian mission in Lashio also began, the most difficult territory in the country because of the war. That mission territory then became diocese in 1990, and its first bishop was the then Msgr. Bo, who would become Myanmar's first cardinal in 2015.