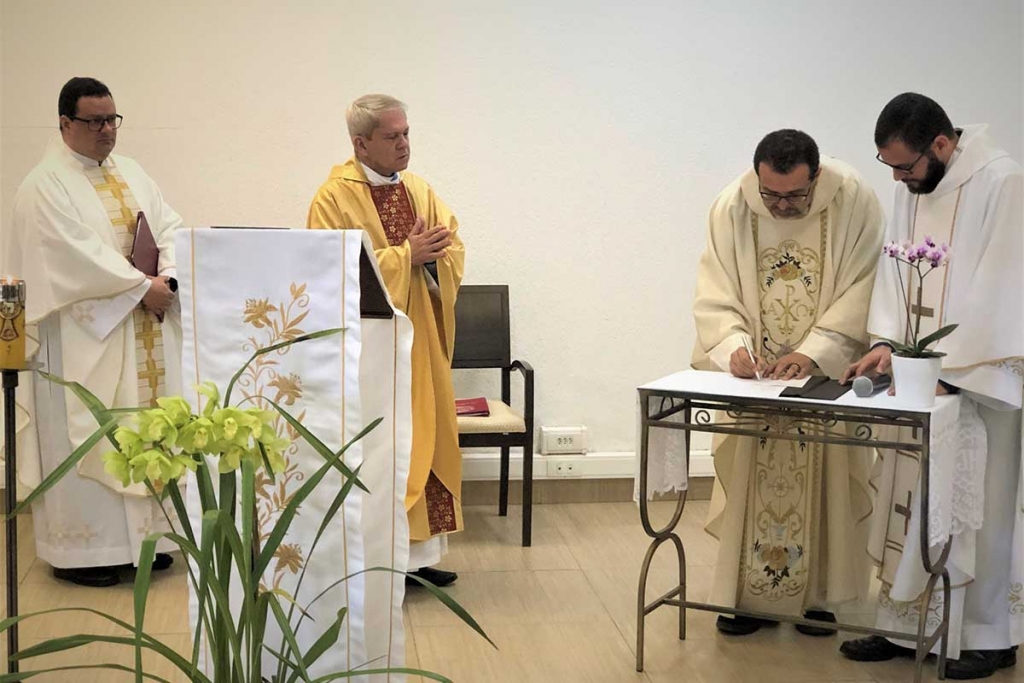 Belo Horizonte, Brazil - May 2020 - On May 30, the inauguration ceremony of Fr Natale Vitali as XIV Provincial of the Province of Brazil-Belo Horizonte (BBH) took place in the provincial center's auditorium. Fr Vitali recently concluded his second consecutive term as General Councilor for the America South Cone Region. The ceremony was presided over by Fr. Gildásio Mendes dos Santos, BBH Provincial for a short period, elected as he was as General Councilor for Social Communication during GC28. The celebration was broadcast live on the provincial center's YouTube channel.